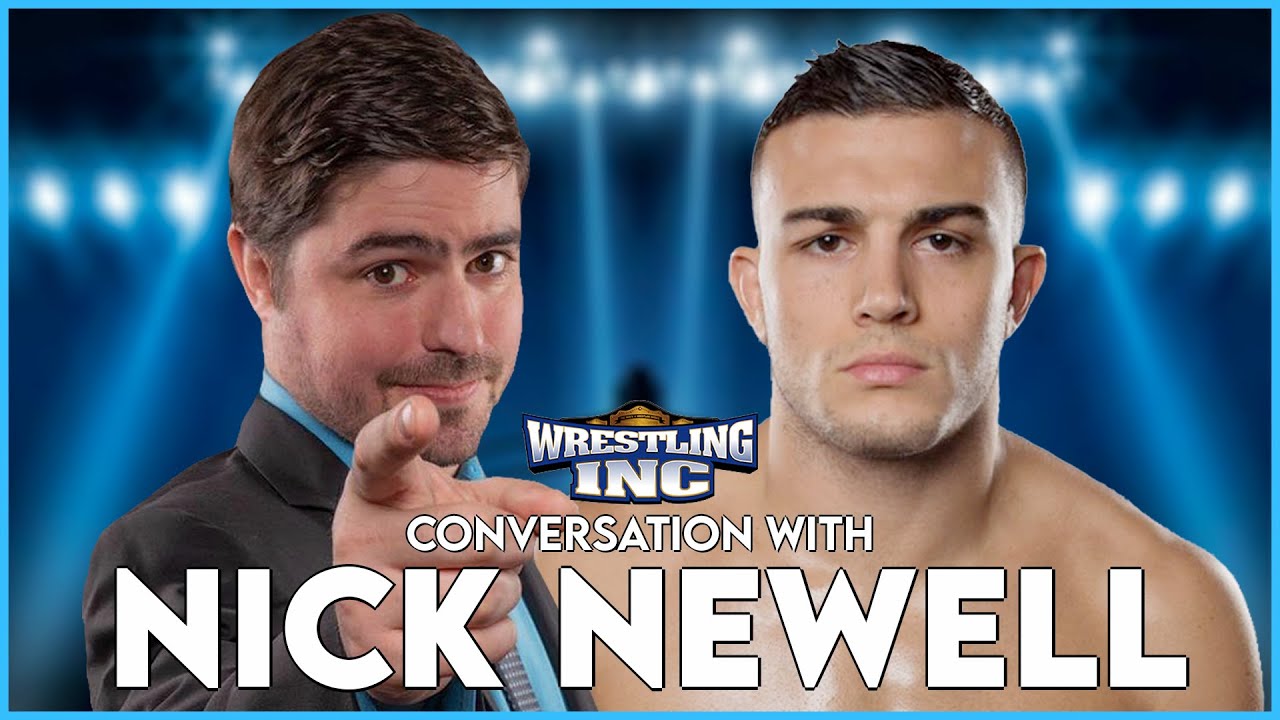 Bellator’s Nick Newell calls the octagon home, but the squared circle might as well be his roommate.

That’s because while attending college, Newell lived with Impact Wrestling star Brian Myers, formerly known as WWE’s Curt Hawkins. Even though the two pursued professional careers in their respective sports, Newell revealed his and Myers college pairing was pure happenstance.

“That’s just a coincidence. So I went to Western New England University, Western New England College back in the day, and he was on the wrestling team the year before me,” Newell told Wrestling Inc. Managing Editor Nick Hausman on the Wrestling Inc. Daily. “So he was one year older than me. He hung out with a bunch of the other guys, the guys that were still on the wrestling team. Those were his friends. My sophomore year, they had their own room in one of the older, upper classmen housing. I was younger, but they had a spot and they asked me to join because I hung out with them all the time. I ended up moving in. I wasn’t directly in his room, but it’s like we shared an apartment. It went well. He’s a good guy. It’s just a coincidence that he ended up in the WWE and I ended up fighting MMA and we went to school together.”

Myers only spent a couple of years on the independents before he inked a WWE developmental contract. Despite the short tenure, Newell and more of Myers’ college friends would make it a priority to cheer on the future WWE Tag Team Champion.

“Oh, we used to go watch him [wrestle] all the time. We would go down to Long Island and watch him and Zack Ryder, or now he’s Brian Myers and that’s Matt Cardona, their real names. They would wrestle and they were tag team partners with Mick Foley once, and I was there for that,” Newell said. “That was kind of how they got discovered actually, and I was there. We used to just go and cheer them on, and the pop they got from the crowd was unreal. I always kind of believed in him and believed that he could do something with it, especially how serious he was. I didn’t think it was like a stupid little pipe dream. I never put that past anyone, especially when they’re as dedicated to something and live for it like he did. He was very serious about his craft.”

Newell and Myers have since gone their separate ways, with the former boasting a 16-4 mixed martial arts record and the latter being the top contender for the Impact World Championship. Regardless of their opposite paths, Newell says he would still call Myers a friend today.

“I would say he’s my friend still. We never had a falling out or anything, or even as little as a disagreement about anything. He’s a good guy,” Newell said. “We don’t really keep in touch as much as we used to. It’s been a couple years. I think he pocket dialed me a couple years ago and we talked for a little bit. I know he’s doing well, he’s got a beautiful family and we obviously still follow each other online. Nothing but the best for him.”

Notorious Nick is now available wherever you can rent movies. You can follow Nick on Twitter @NotoriousNewell.

Previous
Pat McAfee Says He Has Tested Negative For COVID-19
Next
AEW Star Working On A New Gimmick?