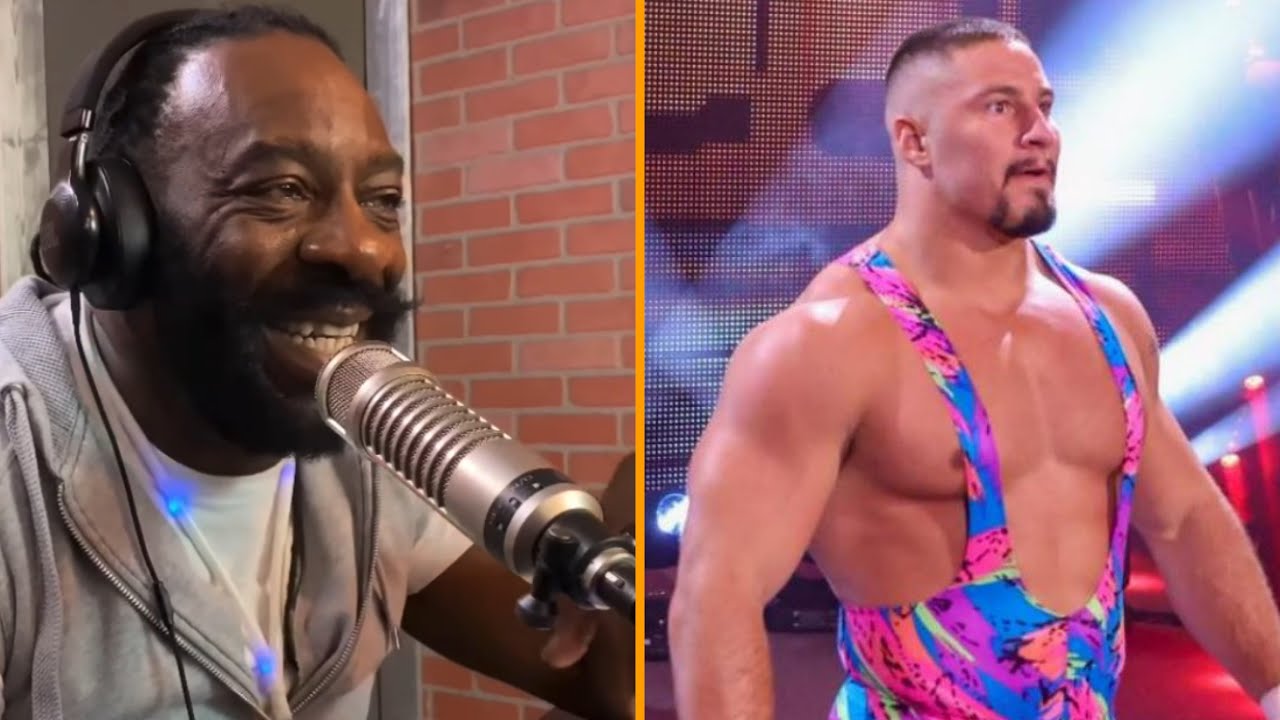 WWE NXT 2.0 debuted their new format two weeks ago, introducing a brand new look and introducing the audience to a host of brand new talent.

At the top of the list of talent of new talent on many people’s radar has been Bron Breakker, who is the son of WCW Legend Rick Steiner. It appeared that Breakker would be using the name “Rex Steiner”, however that idea was dropped. WWE announcers were reportedly told that they were not allowed to mention Breakker as a Steiner. As noted, WCW President and 2021 WWE Hall of Famer Eric Bischoff was critical of WWE for not using the Steiner lineage.

Adding to the list of WWE Hall of Famers to speak about Breakker was Booker T on the latest episode of The Hall of Fame Podcast. Booker gave a ton of praise to the son of Rick Steiner, saying Bron should have debuted on the main roster rather than NXT.

“He’s a main roster guy already,” Booker said. “He’s a main roster guy right now, he’s not a guy that we have to look at and wonder if he’s going to be a star or not. I’m just saying that because I’ve been impressed just from the outset. When I look at this Steiner kid, he can go alright, he doesn’t need to be packaged, re-packaged or touched at all because you can tell he knows what he’s doing when he gets in the ring. That right there is second nature to him, it’s in his blood, it’s in his DNA and I just love to see that kid just get the rocket put on him and send him straight to the moon. That’s what I would do with a kid like that, I really believe he’s that talented right now.”

“I don’t think he’s [NXT] 2.0, I think that guys fully graduated and got his degree just because of his pedigree. He’s been sitting under the learning tree since he was a baby, that’s like my brother and I knowing each other like the back of my hand because we slept in the same bed for the first 12 years of my life.”

AEW superstar CM Punk joined in on the topic on social media, where he stated that Bron would be just fine even though he should be using the Steiner name. Booker spoke about Punk’s response on Twitter and why he agrees with him that nobody will care about his name because of the star that he is.

“That is true, that is so 100% true,” Booker said. “I agree with that 100% because when I watch this kid, he makes it real. He’s laughing and it seems like he will rip you to shreds like a rag doll. That’s what he looks like when he’s laughing at you, I’m laughing because you’re in trouble right now. I’m 100% a believer in Bron Breakker, he’s going to be a big star and that’s why I said he’s a guy that could’ve been packaged and put him right into a main roster situation and put the rocket on him and send his a** straight to the moon.”

“The name is what you make it. If he’s breaking guys in half, hey, the name is going to fit him perfectly. If he’s anything like his uncle, let me tell you right now, these suckers better go on a ride.”