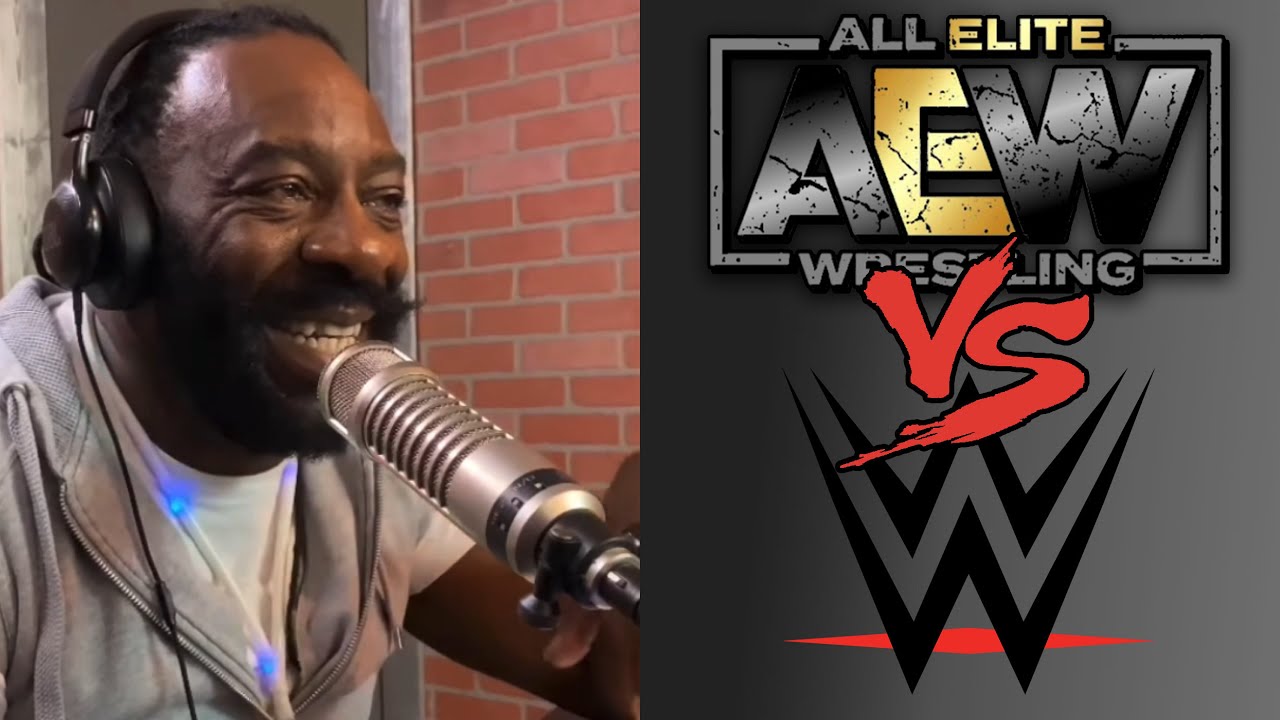 After being dominated in the ratings by WCW for 83 straight weeks and later regaining the lead in the Monday Night Wars, WWE purchased WCW in 2001 and ended the original wrestling war.

20 years later, AEW has come along and shook the wrestling world to it’s core by adding several marquee names in the past few weeks, including CM Punk, and Bryan Danielson and Adam Cole at AEW All Out.

Although AEW has many clear comparisons to WCW, the one difference would be the owner of AEW, Tony Khan. The Khan family owns the NFL Jacksonville Jaguars, English soccer team Fulham, and also, AEW, putting their net worth at around $8 billion.

On the latest episode of The Hall of Fame Podcast, Booker T was asked by a fan whether or not he could see WWE buying AEW one day, just like they did WCW in 2001. The 2x WWE Hall of Famer also spoke about how he’s not someone who is rooting for other companies to fail, and wants to see more wrestling companies provide jobs for talent.

“Hey man, never say never,” Booker said. “I’m not saying that could ever happen or wouldn’t happen, but I’m not going to say it is going to happen. You might be waiting a long time. The WCW guys were waiting 12 years for Vince McMahon to buy WCW. He finally did, but it was a long battle, a long war, a lot of bodies and casualties of war. When he did buy it, there were even more casualties, guys never wrestled in the business from a big time perspective ever again after WCW doors closed down.

“Me personally, I’m not one of these guys that’s going to be talking about, ‘man, I wish these guys would go out of business or anything like that,’ because every guy that has a job in this business is a good thing. One thing about WWE, they cannot supply every wrestler out there that wants to do this. For me, it’s all about guys being able to live out that dream, doing one percent at the highest level and being able to look back on their legacy.

“And hopefully you fans got to win more than anybody because you got to see two awesome companies at the same time just like it was back in the day. WCW, WWE, it was two awesome wrestling companies that you guys got to see. Even though we made it a war– and the only reason it was a war was because it was that damn good. Just enjoy the ride.”

Before AEW came along, TNA Wrestling followed WCW and attempted to compete with WWE, even moving to Monday nights and adding Hulk Hogan and Ric Flair. Unfortunately for TNA, that didn’t last long, and they quickly lost talent and died a slow death. Booker talked about TNA and the opportunity it had to compete with WWE during the 2010s, and why AEW right now feels more like competition than they did.

“It was on its way to being an established number two,” Booker said. “The thing is, it never stuck to the point where we really got to see the real combat go down. At one point, we were getting really, really close to seeing that. I’ll tell you, I’m not saying that was because of me or anything like that because that was before I even got to TNA. Those guys were really doing some good work, and man, this was different. And are they going to sustain and move to the next level?

“The six-sided ring, for me, I wish I had thought of it. Especially for this young group of guys that want to do all this high-flying. I’m seeing the way the world of wrestling is gravitating towards that. I wish I would’ve thought of that, but unfortunately, [TNA] lost focus. And we saw WWE pretty much blow them out of the water, and then AEW came along. I never thought we’d see another battle like we’re seeing right now, not in my lifetime anyway. But it just goes to show you anything is possible. Right now, all we’ve got to do is just hang on.”