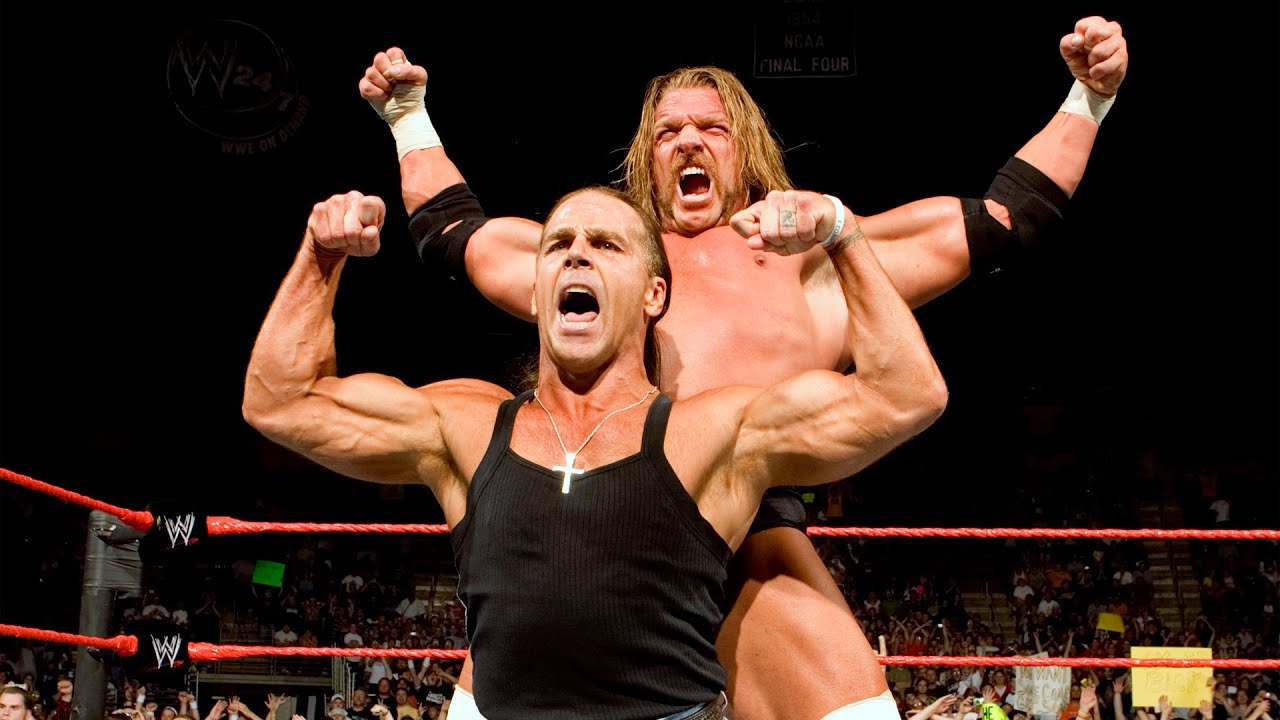 In 2006, WWE decided to revamp one of the greatest factions of all time, DX, and in doing so, pit them against the McMahon family.

In preparation for their Hell in a Cell Handicap match at Unforgiven 2006, DX messed around with Vince McMahon by graffitiing his private jet and vandalizing his office in Stamford, Connecticut. Being backstage in WWE at the time, Bruce Prichard spoke about the skits on the latest episode of Something to Wrestle where he covered the Unforgiven 2006 event. Prichard revealed that WWE got “heat” from the city of Stamford for vandalizing Titan Towers.

“We actually painted the WWE jet in the actual hangar,” Prichard said. “We had to get the entire hangar so that we didn’t disrupt any other planes or anything else. We had a vision. I had a vision, Hunter had a vision, Shawn had a vision of what we wanted to do. And then, there was Vince’s vision. I don’t know that he was able to explain his vision very well to us. Instead, we got a lot of ‘This is what we’ll do, ya okay. You guys seem to have a grasp on it, go and do it.’ So we did our vision what the three of us thought, went on and did the stuff inside the plane and everything. The office was another story because that was a lot of fun, it got heat with all the lights and everything in the area. We did it after a show, we went up there late at night and shot it. That got a lot of heat from the town in the immediate vicinity because of the bright lights that were shining up in the building. We had permits, we had everything, everybody knew what we were doing.

“The plane thing, when Shawn and Hunter went into the plane and cut their promo, it was a DX promo. It was a goof and it was meant to be a goof. Vince wanted it more specific and more poignant. We were like, ‘This isn’t serious!’ We looked at DX in a way that threw the eyes of here guys that aren’t in their 20s anymore that it was basically a spoof on a spoof to let you know, hey folks, we’re not taking ourselves too seriously. We’re having fun here. Don’t take this as serious, but when it comes time to kick somebody’s ass, we’ve got to kick somebody’s ass. It was sophomoric high-jinx, that’s what it was intended to be from my viewpoint.

On a previous podcast, Prichard revealed how much time Vince spends working backstage when he’s in the ring wrestling, like he was that night at Unforgiven. The WWE Executive also revealed his Mount Rushmore of wrestling on this podcast, naming John Cena, The Rock and others. Prichard continued to talk about the DX logo being spray painted on the wing of WWEs private jet.

“Not even any investment,” Prichard mentioned. “The paint was off in probably five hours.”