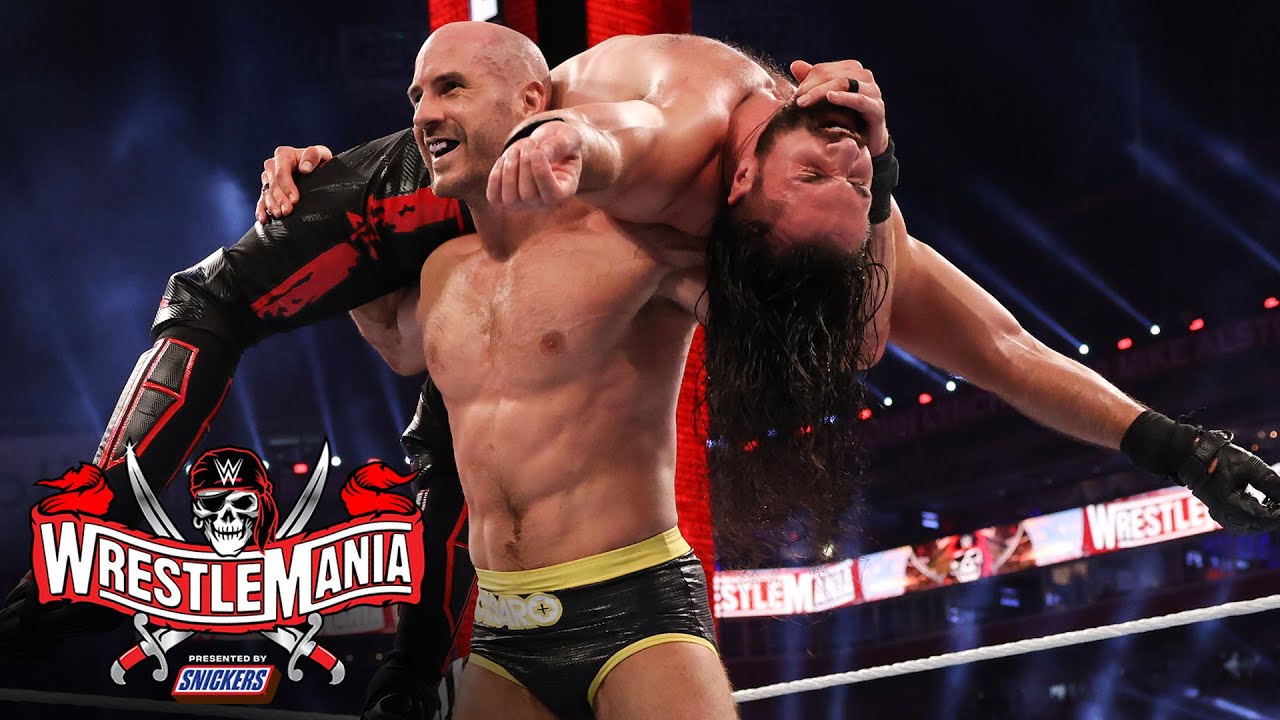 This week on WWE’s The Bump, “The Swiss Superman” Cesaro spoke out about his time in NXT. Being featured on the pilot episode for the first time at Full Sail University in 2011 means a lot to Cesaro, as this would cement his long-term rivalry with Seth Rollins that would pick back up again at this year’s WrestleMania. Little did they know what significance they’d have on the black and gold brand a decade later.

“I don’t think neither me nor Seth had any idea on what NXT was going to become. But we wanted to set the foundation on what it could become. I think that’s how we approached it,” Cesaro said about the evolution of NXT since he was there. “We held nothing back. We just wanted to prove to everybody how good we are and that we are the future. I feel like the chip on our shoulders we had back then, that became the trademark of NXT.”

Although Cesaro can’t attend the live NXT shows now due to his extensive travel schedule for SmackDown, he informs the panel that he still watches the program weekly, and he enjoys getting to know the talent when they make their main roster debuts.

“I still watch NXT every week. I used to go to every single taping. But now, it’s a little bit harder, so now, I just watch it from home,” Cesaro said. “It’s amazing to see how far it has come and how athletes turned out if you look at WrestleMania and see how many came through NXT. Bianca [Belair] and Sasha [Banks] headlined, and they came from NXT. It’s amazing to see how that translates to the main roster and how good they are.”

Last month, WWE and Peacock TV released a special look behind the scenes at this year’s WrestleMania 37 through a two-part episode on WWE 24. In it showed Cesaro’s victory over Seth Rollins and the praise he received from their clashing after. Still, in awe of the love and admiration he gets from his peers and fans alike, Cesaro couldn’t express his gratitude enough during his interview.

“It felt amazing, you know. I love to come here and joke and have a good time, but when I’m in the locker room, and I step outside that curtain, to me, it’s super serious because that’s what I do and I’ve dedicated my life to it,” Cesaro began. “It’s so cool to watch back me and Seth, you know, trying to make a name for ourselves, trying to prove ourselves in NXT, and then, like you said, 10 years later, have that match at WrestleMania. To me, I wrestled, you known, probably my best friend at WrestleMania. That’s pretty cool.

“Then, to see all of the support I got from all of the other people like Sheamus, Drew [McIntyre] and Stephanie McMahon, that means a lot! By the way, 75 percent of what Sheamus said on camera that day had to be cut out [he chuckles]. These are the relationships that you build over the years. That [WWE] 24 meant a lot because it showed me to be grateful for those people and for the people that come and watch – the WWE fans. I wouldn’t be where I’m at in my career without them. I’ll be forever grateful for them.”

Recently, Ilja Dragunov made history by being the first man to bulldoze WALTER’s two-year stranglehold on the NXT UK Championship in a rematch that some say is now the standard for pro wrestling. Just two years ago, Cesaro tried his hand against “The Mad Russian” at NXT UK TakeOver: Cardiff. Panelist Matt Camp wanted to know if Dragunov is the kind of opponent Cesaro relishes facing because he knows what someone like him is capable of.

“A hundred percent,” Cesaro answered right off the bat. “I was asked by William Regal if I wanted to go over to NXT UK and face this kid called Ilja Dragunov. I’m like, ‘I know Ilja, actually,’ because I try and follow the independent circuit, as well, and he also wrestles for wXw in Germany, which is the place where I started.

“His style and his demeanor, his attitude, I really respect. Of course I wanted to. It was an awesome chance, and to wrestle him was amazing. He was kind of in his infancy still at NXT UK. To see how far he’s come, it doesn’t surprise me. It makes me very happy because there are people who have the potential, you know, the world at their feet, but they squander it, or they don’t use it. He didn’t. He worked really hard, and now, he’s the NXT UK champion. It was really cool to see and I was extremely happy for him.”

You can watch Cesaro’s full interview here. If you use any of the quotes in this article, please credit WWE’s The Bump with a h/t to Wrestling Inc. for the transcription