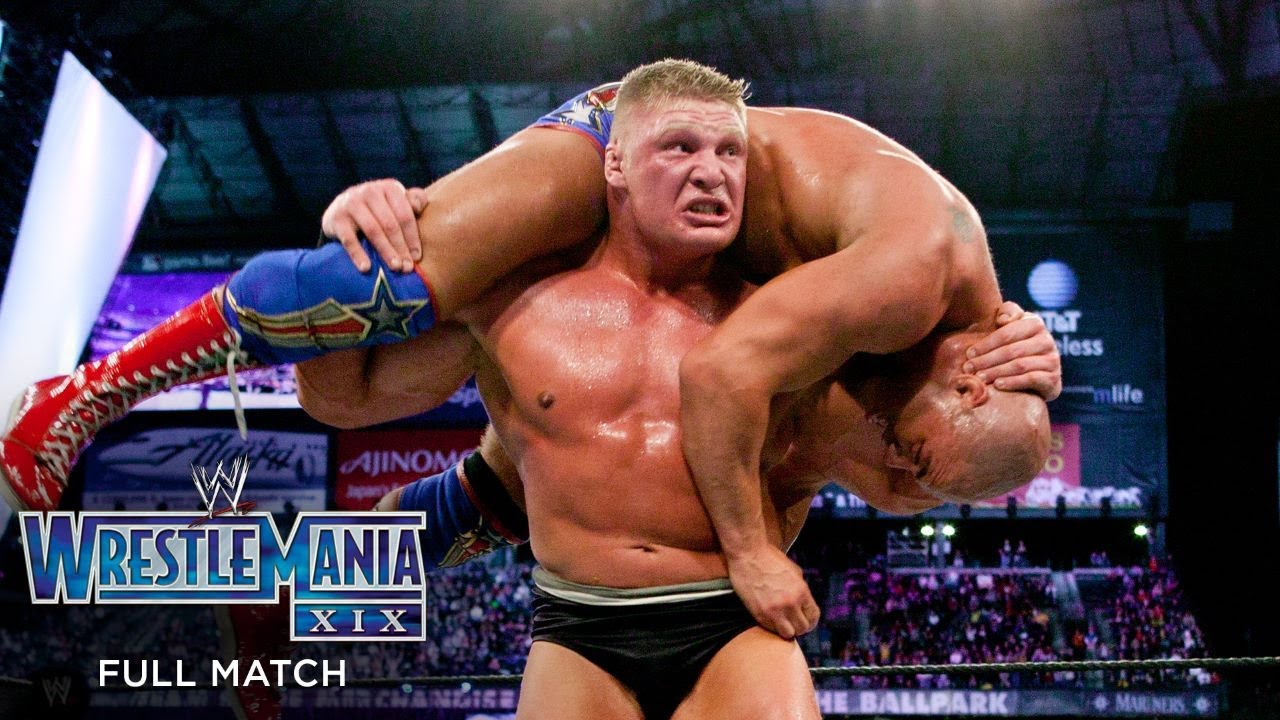 After leaving the WWE in 2006 due to several reasons, Kurt Angle shocked the world and signed with TNA wrestling where he would then spend the next 11 years of his illustrious career.

Speaking on the latest episode of The Kurt Angle Podcast, The former Olympic Gold Medalist revealed who was the first person to contact him from TNA about signing with the company. Angle also revealed that his contract with TNA was the “quickest deal” he had ever done with a company up until this point.

“Dixie Carter, she called me and we talked on the phone,” Angle said. “Then Jeff ended up calling me and we discussed the possibility of working together. They told me to write down a figure and they would reach out to me the next day and see if we could make it work. It was relatively easy and painless, the quickest deal I ever did. I wrote down my figure and the next day they said ‘We’ll fly you up and sign you.’ No negotiations, it was just a one time thing and I got what I wanted.”

Of all the highlights of Angles career, his rivalry with Brock Lesnar that led into the main event of WrestleMania XIX has to be near the top of his career, where Angle actually thought Lesnar had “died” during the match on Shooting Star Press. When Angle left the WWE in 2006, Lesnar was still out of the company at the time and joined NJPW for a two year stint where he became the IWGP World Champion. After Lesnar won the title and held it for two years, Angle revealed his old friend called him to come to New Japan to win the belt from him.

“He called me out of the blue,” Angle said. “I guess he didn’t want to do a job for anybody over in Japan and he was the IWGP Champion. I heard Brock was stripped of that title but he wasn’t stripped because I beat him for that title. Brock wanted me to come over to Japan to wrestle him so he could lose to me, and I would end up losing to somebody over in Japan. That was his idea and I told him I would do it.

“We were good friends, very close, and if he wanted me to come over and do that for him, I would. TNA gave me the approval. TNA got paid for those events because they were paying me, so I didn’t see any money from the event in New Japan. Even when I continued to defend it, I think I did three more times, TNA was getting that money, and that’s when I put a stop to it. That’s when I dropped the title because they wanted me to hold it a lot longer, and I said I’m going to drop it the next time I wrestle in Japan.”

The former Olympic Gold Medalist spoke about his relationship with Lesnar to this day on a previous podcast, and also mentioned how it’s always going to be money first and passion second for the former UFC Champion. With that in mind, Angle talked about the prospects of what a UFC fight between him and Lesnar would’ve looked like after he left the WWE. Angle stated that both he and Lesnar would’ve taken the money and fought each other even though they were great friends.

“I would not want to fight Brock out of respect for him and the friendship we had,” Angle said. “But if the money were right, I know he would want to fight me and I know I would want to fight him too. It is all about money. Sometimes it kind of sucks, you can’t take that personally because you’re trying to provide money to take care of them. That comes first before friendship, so I’m sure Brock and I, if they would’ve gave us the right figure, we probably would’ve went at it.”

If you use any of the quotes in this article, please credit The Kurt Angle Podcast with a h/t to Wrestling Inc. for the transcription.

Previous
Big E Details The Moment He Found Out He Was Winning The WWE Championship
Next
AEW Dynamite Preview: Miro Vs. Sammy Guevara, Women’s Tag Action