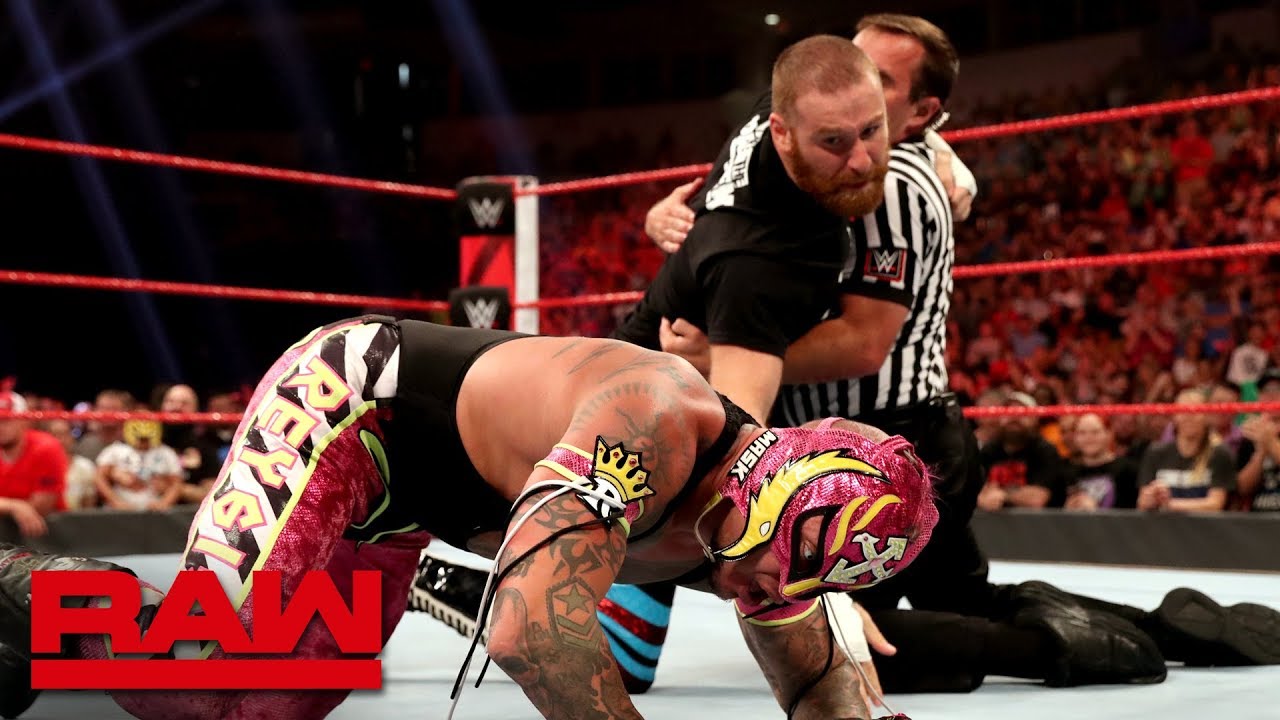 Following his return on SmackDown last week, “The Great Liberator,” Sami Zayn recently spoke with the panel over on WWE’s The Bump about his whereabouts for the last month or so. Still keeping them on the edge of their seat, Zayn still will not confess where he’s been or what’s going on.

“[In character] Uh, there are certain legal reasons why I can’t get too into it. But anybody who’s followed the last year can connect the dots [during] the last year of my career,” Sami Zayn said skeptically. “I have to be very delicate with my choice of words for legal reasons, but certain – let’s say plots – perhaps against me. Again, I’m just tiptoeing here. I shouldn’t even be talking about it. You will find out in due time what I’ve been up to.

“I was hard at work. But I wasn’t really invited to WWE television for SmackDown, which is a whole other thing that I won’t get into it. But I was involved with some legal stuff that I’m not allowed to talk about at the moment. But you’ll find out in due time.”

With a victory against Dominik Mysterio, Zayn said he would love nothing more than to mix it up with Dominik’s father Rey. These two have been like two ships passing in the night. Their only interaction with each other was from two years ago, and since then, Zayn says it would be a dream to have an extended clashing with the adoring luchador.

“I know that ‘G.O.A.T.’ term is thrown quite loosely these days, but he truly is…for what he is, as far as a cruiserweight, he’s so much more than that. But if we want to pigeonhole him, and call him a cruiserweight, bar none the best of all time,” Zayn complimented. “We never really got to mix it up. You [Matt Camp] said we mixed it up on RAW about a year ago, but it was only like two minutes or something like that. Yeah, he caught me. He caught me quick. I think it was in a Gauntlet match. My mind is a little hazy at the moment. But he caught me with a quick one.

“But we’ve never had a good 10,15,20-minutes to really sink our teeth into a proper battle. A 100 percent, being on the same show as Rey Mysterio, that is one of my dream matches. Probably the last dream match I really have that I’ve never done that I could do as a single [compeitor] with Rey. So, I’d love to mix it up in there properly and really test where he’s at, at his point in his career, versus test where I’m at in my career because I think I’m actually at the top of my game right now if I’m being honest.”

You can watch Sami Zayn’s full interview here. If you use any of the quotes in this article, please credit WWE’s The Bump with a h/t to Wrestling Inc. for the transcription.