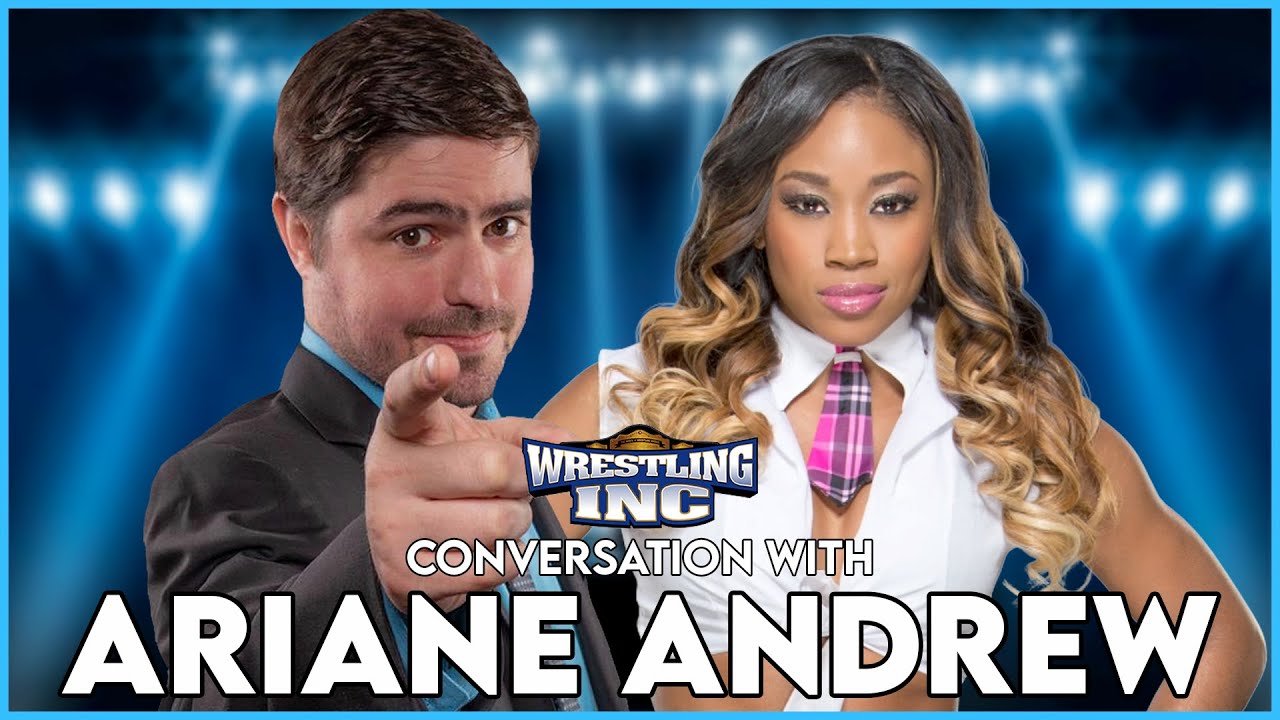 Former WWE superstar Ariane Andrew recently joined Wrestling Inc.’s own Nick Hausman for an episode of The Wrestling Inc. Daily. During the conversation, Andrew discussed AEW’s current women’s division and which female free agents she would like to see them sign.

“I would love to see The IIconics in AEW,” says Andrew. “The one thing I do think is that AEW allows more freedom of speech. Even when I was there, it’s just a more free-spirited environment. Don’t get me wrong, I’m not ever going to bash WWE. That’s the place that gave me who I am today. But I do believe there is a little bit more free spirit at AEW.”

Despite having praise for the freedom and independence that comes with working in AEW, Andrew notes there are still some things missing. Specifically, Andrew points to the women’s division. She has also said similar things about WWE’s women’s division in the past.

“The women’s division, I feel like, is still picking up in AEW,” Andrew continues. “But I do still feel like there is something that’s still lacking that I can’t put my finger on.”

Andrew has shown interest in a return to professional wrestling in the past. She was actually set to make her in-ring return in early 2020 at an event called Effy’s Big Gay Brunch, which was unfortunately postponed due to the pandemic. She revealed that she also personally communicated with Vince McMahon about a potential return in the future.

Andrew is also set to star in a new independent film. Not much information was known about the project, so Andrew spilled the tea on what fans can expect.

“I was back in L.A. [for two months] filming a movie,” shares Andrew. “I booked my first lead role in an independent film, so I was doing that. And then I was also doing all the stuff for the single with Mougleta. It’s crazy. Booking a lead, that’s a big role to play because you’re not only having to fill some big shoes, but also make sure that your other people, your supporting cast, is together. It’s about a teacher who is struggling trying to get her son back, who ends up in prostitution to make the ends meet.

“It’s a heavy film. I had to play multiple parts. Being a teacher, which comes easy because I used to work with autistic children. But then having to be a prostitute. That was like ‘Oooh, okay’. And I also end up becoming a lesbian [laughs]. So, there’s a lot happening in the film.”

Hausman asked how Andrew was able to prepare for the role. She noted that she had taken acting classes in the past, but had stopped. Then she got her first lead role by making a self taped audition.

“I was taking acting classes for about two years, and I had stopped,” tells Andrew. “Because I want to put my best foot forward, when I got the opportunity, I actually flew back to L.A., met with my coach, [and] did the self-tape with her. I feel like I’m a person who overthinks things, especially when I deal with anxiety and depression, because I’m diagnosed with it. I was like, ‘you know what? Let me just take a deep breath, not have to invest in acting class, and just do what I feel is going to be natural’.”