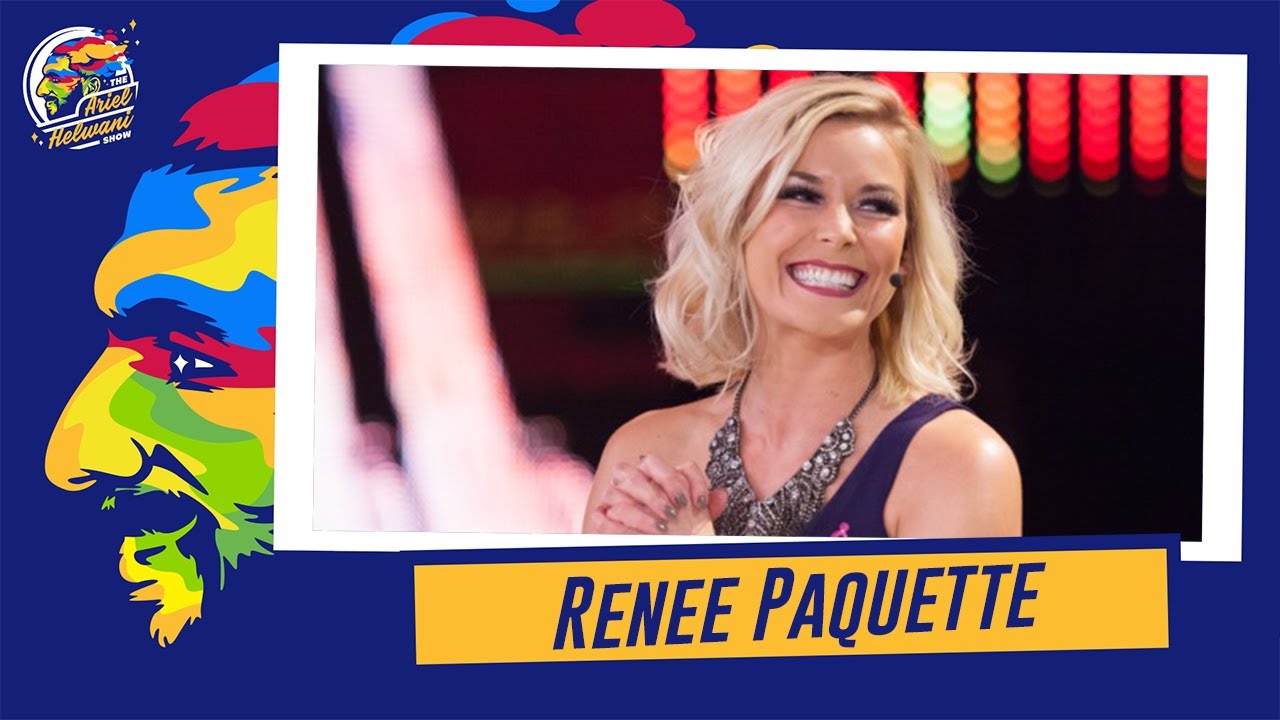 Since she left WWE in August of 2020, fans have been waiting for Renee Paquette to pop up in AEW. In an interview with Ariel Helwani, Paquette revealed that she doesn’t know when that will be happening, and that she and Tony Khan haven’t talked about. She also revealed however that she is open to joining the promotion somewhere down the line.

“I don’t know,” Paquette said. “I wish that I had a really juicy, meaty answer for you. But I don’t know. I’ve never talked to Tony Khan about it, ever. It’s never come up. I’m sure there could be a million different things that I could do there. I’m certainly open to the opportunity, I love everything that they’re doing over there and I obviously have lots of friends and family that happen to be working there. A lot of signs point in that direction. I think a lot of people are waiting for that other shoe to drop and show up there and do something. Maybe one day I will. But right now, I’m not.

“I don’t know what that is or when that will happen. But yeah, hopefully at some point. I think it would be really fun to experience things in another light, to work for another wrestling company. I’ve only ever worked for WWE, so it would be cool to see how things really work over there. Obviously I’ve been there at shows and whatnot, but not that often because I’ve been pregnant over the last year and I have a baby. So I’m really not around often. But yeah, maybe at some point you’ll see it. But right now? It’s not on my calendar.”

Paquette is hopeful that she will be able to make a return to TV sooner than later, and has a few meetings lined up soon. For now however, she is focused on her podcast Oral Sessions, and her radio show with Miesha Tate.

“I love doing my podcast, I love doing the radio show. But I’ve missed television,” Paquette revealed. “I want to get back into that, and now, as the world is opening back up and productions are up and running, my baby is now four months old. I mean she’s still brand, spanking new, but I can at least pop my head up and get a breath of fresh air, and kind of figure out what those next things are going to look like. But I’m not sure what they are.

“I’ve got meetings lined up, a couple different things on the back-burner. But I’m not sure what that’s going to be yet. We have so much going on over here right now. Jon’s doing a million different things. He’s working every promotion possible it seems. I’m constantly in this room, doing interviews, being on the radio. I’ve got a baby and we’re moving on top of that. So my head is spinning. I think by the new year should be an ideal time to really set the tracks in motion.”

Previous
ATT’s Kayla Harrison Has No Interest In Returning To AEW: “A Bunch Of Nerds And Losers”
Next
Brooke Hogan Reveals Bully Ray Asked Hulk Hogan For Permission To Date Her