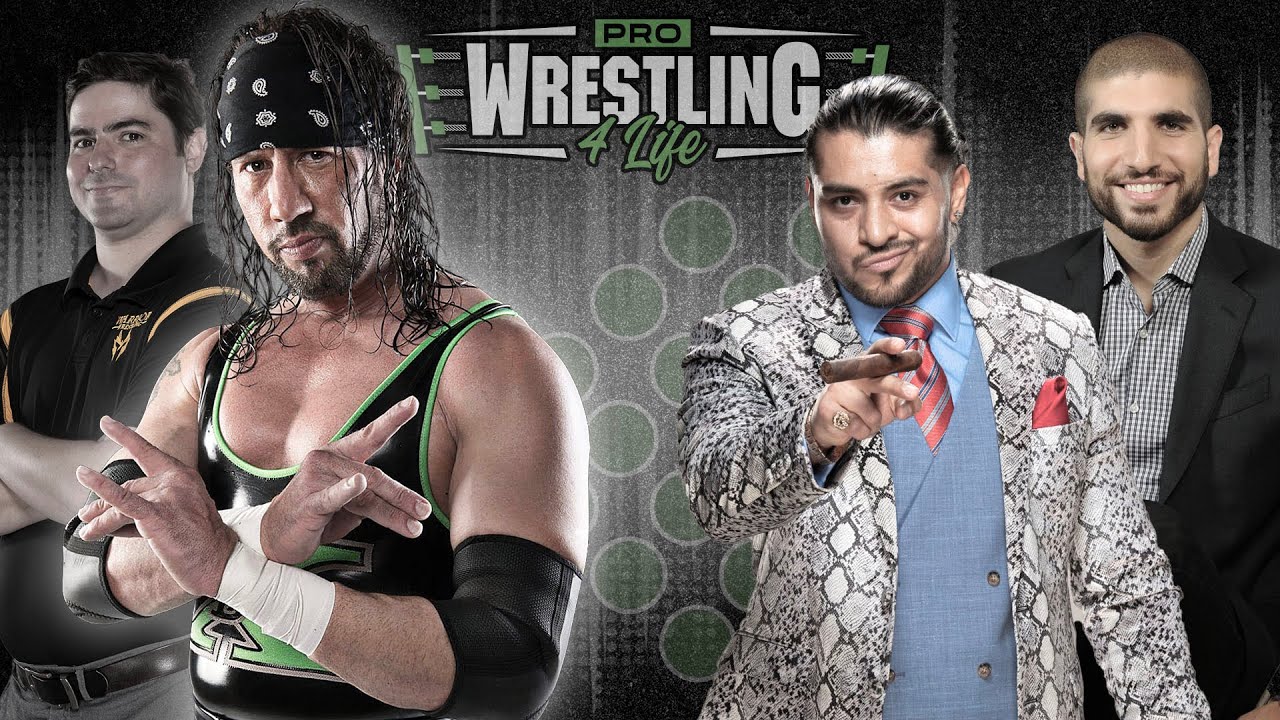 On the latest episode of Pro Wrestling 4 Life, two-time WWE Hall of Famer Sean “X-Pac” Waltman and Wrestling Inc. Managing Editor Nick Hausman sat down with WWE NXT star Santos Escobar. Escobar opened up about his life and career, and he talked about what it’s like to work with Triple H.

“I love my big boss. I just love him,” Escobar expressed. “He’s a straight shooter. When I got here and I hurt myself, I was so ashamed. I swear to you guys. I was so ashamed. Sean, remember this one time, it was some big town hall meeting, and I was on one side of the arena and you were on the other side of the gym. I just walked towards you all ashamed and said, I swear to you, I’m just gonna get over this because I was ashamed.

“I wanted to prove something. The first time I met Triple H in Mexico, 10 years ago, I was doing my tryout, and they had the first RAW live in Mexico City. So I was walking, and I was dressed the part. I always dress sharp, no matter what. That’s just something that comes from my dad, and the Mexican lucha libre, always dress the part, and I remember I was just walking, probably to catering, and Hunter came past me. And he said, ‘That’s a badass tie,’ and he kept walking. That was it, and now I’m working with him and we have this good rapport.

“I reminded him. This is the tie. I kept the tie for 10 years, and I showed it to him, but the point is he’s such a nice person, straight shooter, always teaching, always giving. He’s not the kind of boss that’s always taking something from you. He’s always giving to you, and the way I see it, all the tools he’s given me are tools that will make me a better performer. And of course, it’s going to better my financial position because I’m going to be better at the business, and that’s something I wouldn’t change for everything.”

Escobar continued and revealed what he has learned while working under Shawn Michaels. He also gave some insight behind his creative process.

“And while we’re talking about Hunter, we should talk about Shawn Michaels,” Escobar noted. “Shawn Michaels is always right there, and he always has the right words to tell you, always. Sometimes we’re struggling, and this is something I’ve done since I came to NXT is some people might think I’ve overproduced my stuff. And that’s just the way I am.

“I have a different mind for things. I’m always thinking about the cameras, and the time and how this is going to come across to the audience, and sometimes we’d be struggling because you have a long show, it’s a two hour show live. And Santos Esobar’s segment is not always going to be the most important segment of the night, and that’s just the way it is. So I just put on my producer hat and start producing, but sometimes you just can’t find it.

“How do I come across with this? Here comes Shawn. ‘Well, we should do this,’ and it’s like, why didn’t we think about that? And then comes Hunter without having heard what Shawn said and says something to the same effect. We’re like, oh, we’re such amateurs. How did we not see this so clearly? That’s how it is to work with geniuses.”

Waltman has revealed in the past that Escobar is one current WWE star that he would like to face in the ring. Waltman recently gave some positive signs towards a comeback, and he and Escobar discussed the possibility of having a match together,

“I just want to tell you, it means a lot to me the respect you show me, and wanting to have a match with me and putting that out there for people see,” Waltman expressed. “I just want to thank you from the bottom of my heart for that man, and I would love to get in the ring with you one day. As long as I could do my part, if things keep going well and I can get back in there and live up to what I need to have a great match with you, I would love to. I would absolutely love to. It’d be an honor for me. You could be the guy to put me out of my misery.”

“Thank you so much. I mean, you don’t know how much this means to me because we’re in a… that’s very unique and different, and it’s hard to find people that will shoot straight to you,” Escobar noted. “I always say we’re a family. We are a big family, but you you have bad cousins and bad uncles in families. Not everyone loves each other and it’s really hard when you find people like that.

“And Sean, I just want to tell you that all I have for you is love and respect for all the bumps, and all the matches and all the pleasures you’ve given me and millions over the years. And if there’s any way I can repay you by being in the ring with you, that would be my hall of fame moment and now you’ve just made my list. You’ve made my list because my list was main event WrestleMania at Madison Square Garden. Have a successful career that might lead to Hall of Fame. And now….”

“Put X-Pac out of his misery,” Waltman added.

A new episode of Sean Waltman’s Pro Wrestling 4 Life drops every Wednesday morning on all major podcast platforms. It is also released in video form on FITE and YouTube.com/XPac Wednesdays at 3 pm EST!