Brooke Hogan Opens Up About Family Scandals Over The Years 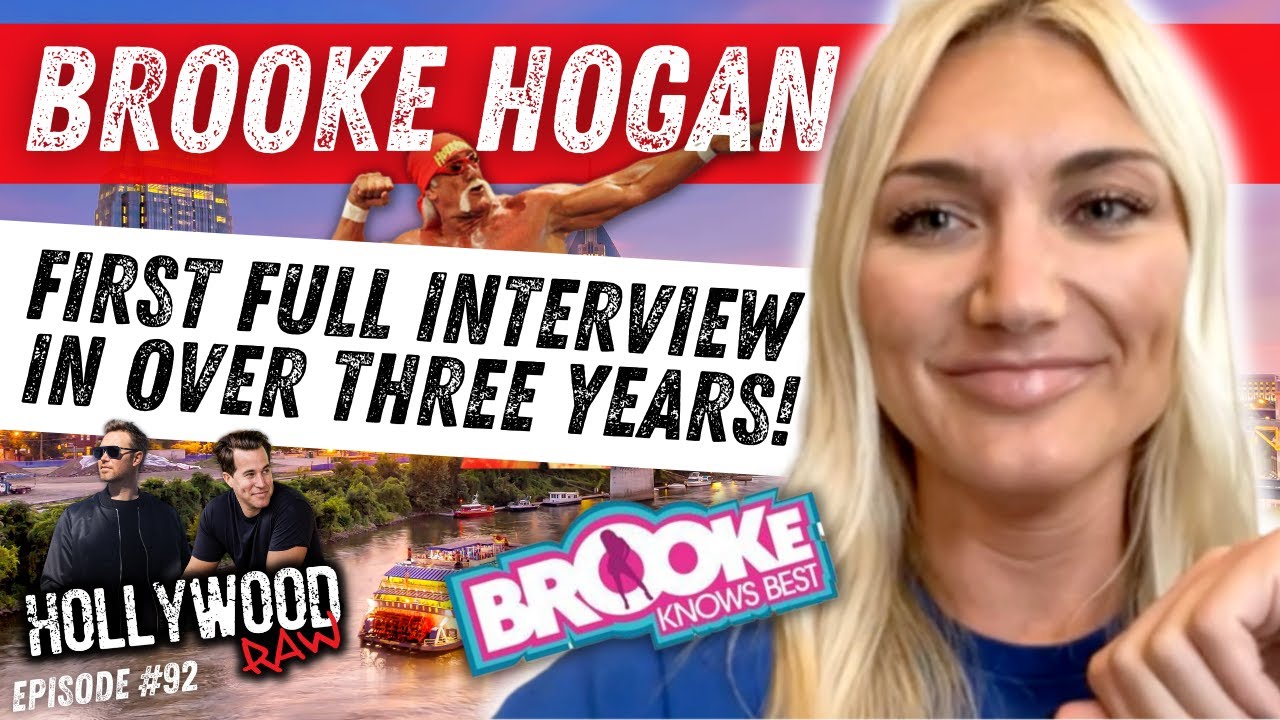 Brooke Hogan recently spoke with Hollywood Raw where she reflected on the struggles that her family has gone through over the years. Brooke admitted that it is hard to have all of the skeletons from a closet waved in front of everybody’s face.

“Our family has been through a lot of crap, and I will say, my dad,  it’s hard to have all your skeletons pulled out of your closet and just waved in front of everybody’s face and humiliated to the world. And then our family just goes through all this stuff. He has stayed so graceful through it all. I talked to him yesterday. I said, ‘It has to be so hard for you because it’s like you’ve got so many people poking at you, poking at you, poking at you, and you can never poke back. You can never say, yeah, I messed up, but this person did this too.’ You just can’t ever throw shade back because then it just makes you look worse when people are.”

Brooke discussed how her father has always taken the high road when dealing with these situations, claiming that the WWE Hall Of Famer is a gentle giant.

“It’s so hard. He always has to take the high road. He always has to just sit down, shut up, follow the rules, not piss anybody off. So it’s hard to have that control and just always remain graceful in the worst situation. So, he’s real. He’s like, ‘Hey, this is how I messed up,’ or, ‘This is how I’m feeling.’ He communicates and he’s, like I said, just a gentle giant.”

Brooke also discussed Charlie, who is one of her mom’s previous partners who is well known, particularly for being quite young. However, Brooke admitted that he was a nice guy and she felt he was good for her at that time.

“That’s so funny. Charlie is actually a really nice guy and I think he was good for my mom at that time, that she was going through stuff.  There was something between them that worked and he was super nice. I think he’s married now and lives in Clearwater Beach. I think, sometimes, people just grow apart, but it was a little bit weird at first. I was more concerned about like, ‘Hey, I just want to make sure that this person is being genuine,’ and I do feel like he was very kind to my mom. I think it was a good person for her to have in her life with the stuff that her and my dad were going through at the time. And then it was just a little bit weird that I was like, ‘Okay, he was in the grade between me and Nick at school. All right, that’s a little strange, but whatever.'”

If you use any quotes from this article, please credit Hollywood Raw with a h/t to Wrestling Inc. for the transcription.

Previous
Former WWE Superstar To Make AEW Debut This Week
Next
Video: The Miz Eliminated From ABC’s Dancing With The Stars