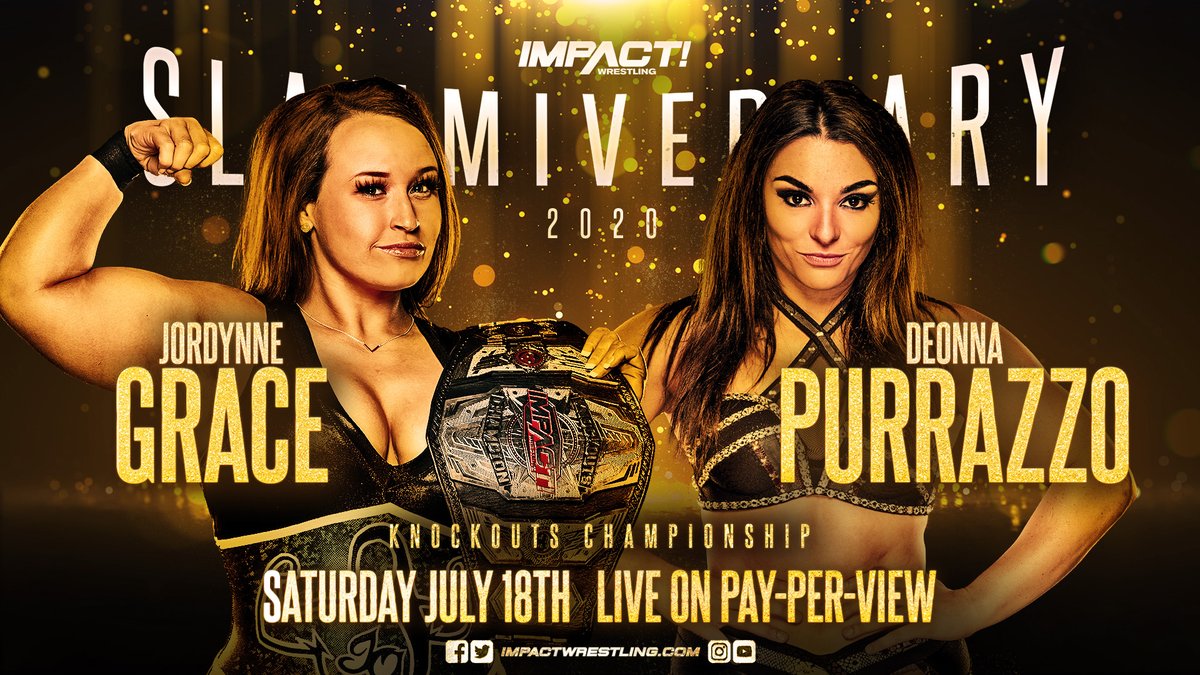 After being viciously attacked two straight weeks in a row, Jordynne Grace will finally get her revenge, as it was announced by Impact Management that she will defend her Knockouts Championship against Deonna Purrazzo at Slammiversary.

Purrazzo first stood toe-to-toe against Grace after her initial debut earlier this month. Grace, who successfully defended her championship against the former champion, Taya Valkyrie, found herself on the receiving end of a Purrazzo's deadly Fujiwara armbar, after her match.

From there, Grace fell under Purrazzo's spell once more, after Purrazzo snuck up from behind during Grace's interview last week, and and locked in another Fujiwara armbar.

Furious about Purrazzo's behavior, Grace confronted Purrazzo during her interview on Busted Open, which was shown on this week's episode. After they exchanged some harsh words amongst each other, Grace said that she'd gladly put her title on the line against her.

Grace became the Knockouts Champion after she defeated Valkyrie during a main event television match back in February.

Below is Grace and Purrazzo's exchange on Busted Open, as well as additional clips from Purrazzo's debut match against Alisha Edwards from this week.

When you talk a big game, you have to back it up. I don't call myself the #Virtuosa for nothing. ?? https://t.co/AywGDQgIfT

Lesson 3: Everyone works on MY time. #Virtuosa ?? pic.twitter.com/XqOGCmw78C

BREAKING: @DeonnaPurrazzo will challenge @JordynneGrace for the Knockouts Championship on July 18th at #Slammiversary.

Have it your way. #IMPACTonAXSTV pic.twitter.com/iAAcH11cTO

Below is the updated card for Slammiversary thus far:

Stay tuned with Wrestling Inc. for new and updated matches that will be added in the next several weeks.