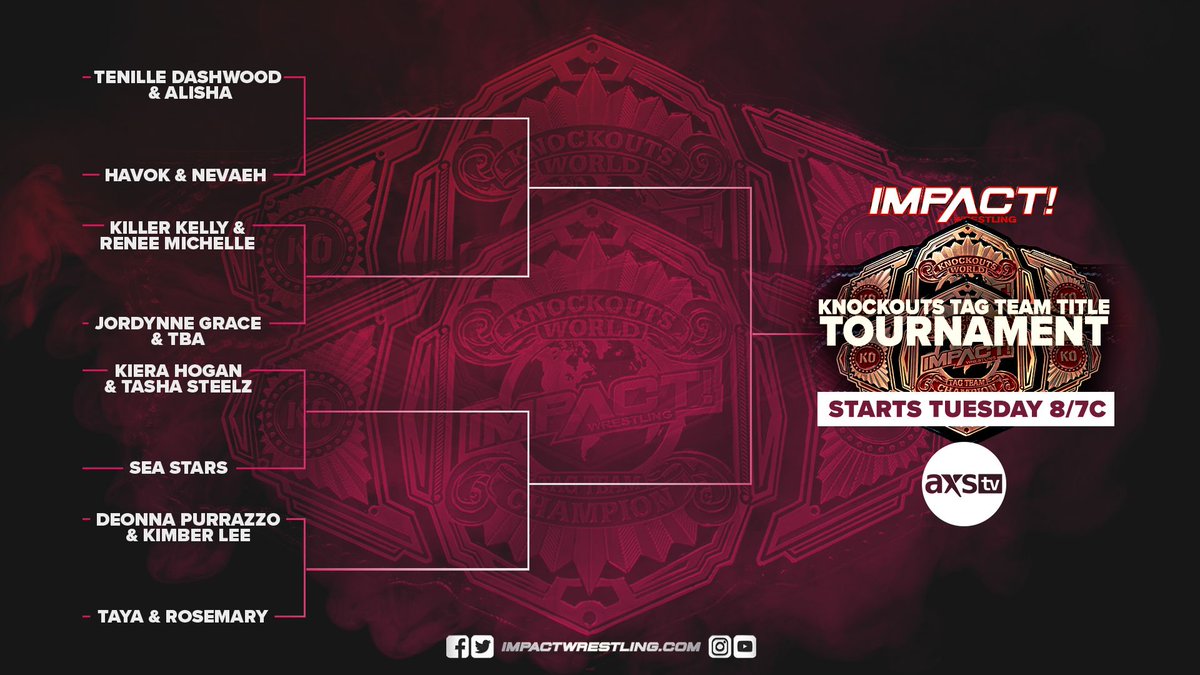 Half of those already signed to Impact will take part in this tournament. Those are the following:

- Lastly, Jordynne Grace and a partner (to be announced)

Impact will also be welcoming some new and former faces to the tournament, which include:

As mentioned earlier, the opening rounds will begin this Tuesday. The finalists will face off at Hard To Kill to determine who will become the new tag team champions.

BREAKING: These are the full brackets for the Knockouts Tag Team Title Tournament! The tournament begins TUESDAY on IMPACT! #TurningPoint pic.twitter.com/vJydyFsuuG

BREAKING: You've asked for it - the Knockouts Tag Team Titles are BACK!

The new champions will be crowned on January 16th at #HardToKill! #BFG2020 pic.twitter.com/mgzhVw7Fnd