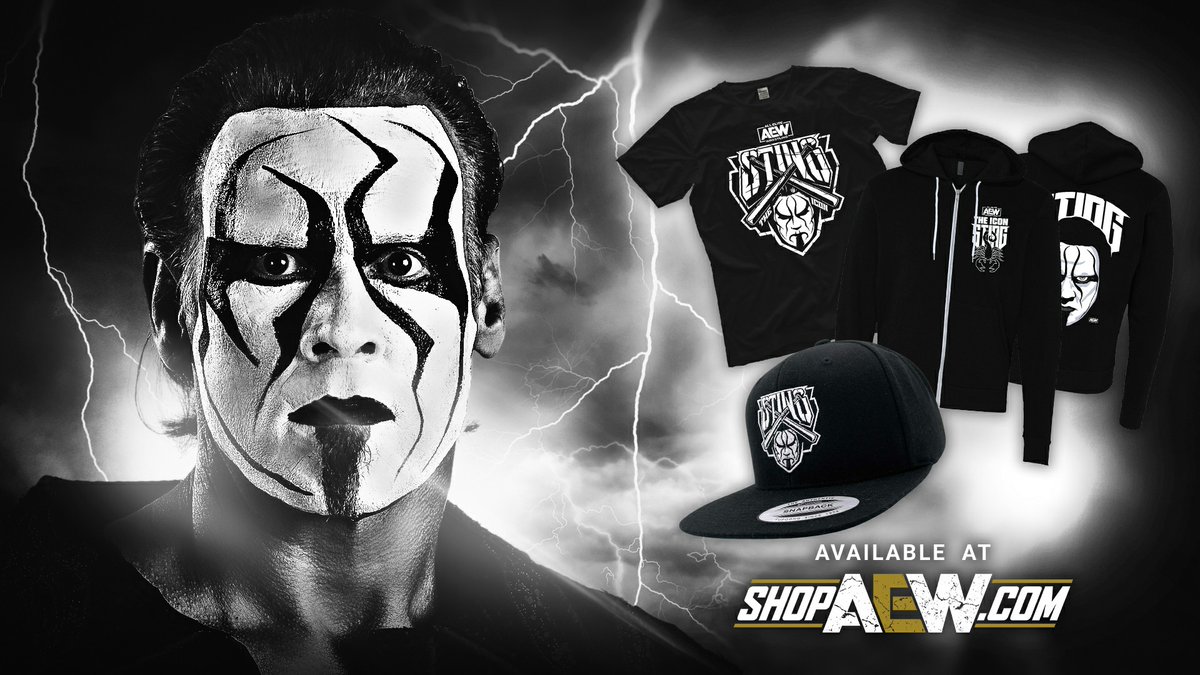 On tonight’s AEW Dynamite: Winter is Coming, Sting made a surprise appearance during the brawl between Team Taz and The Nightmare Family / Darby Allin.

Team Taz bailed out of the ring, but Sting got in the faces of Arn Anderson, Dustin Rhodes, Cody, and Darby Allin. Pausing on Allin the longest, Sting then made his way to the back without saying a word.

As noted, the WWE Hall of Famer has signed a full-time, multi-year deal with AEW, according to a statement from AEW. Sting was no longer under WWE contract as of this past May, and WWE pulled all of his merchandise in October.

AEW has released new Sting merchandise and his theme “Arrival” by Mikey Rukus. As seen below, you can also check a video of Sting’s entrance from the crowd.

AEW announced Sting is set to return next week and will speak.

Get your OFFICIAL Sting merch only at https://t.co/KQgbBFVzzw NOW! pic.twitter.com/HoY7Qm0BwU

And NOW relive that moment with the BRAND NEW Original Entrance Theme "ARRIVAL" by @MikeyRukus – available for IMMEDIATE DIRECT DOWNLOAD!