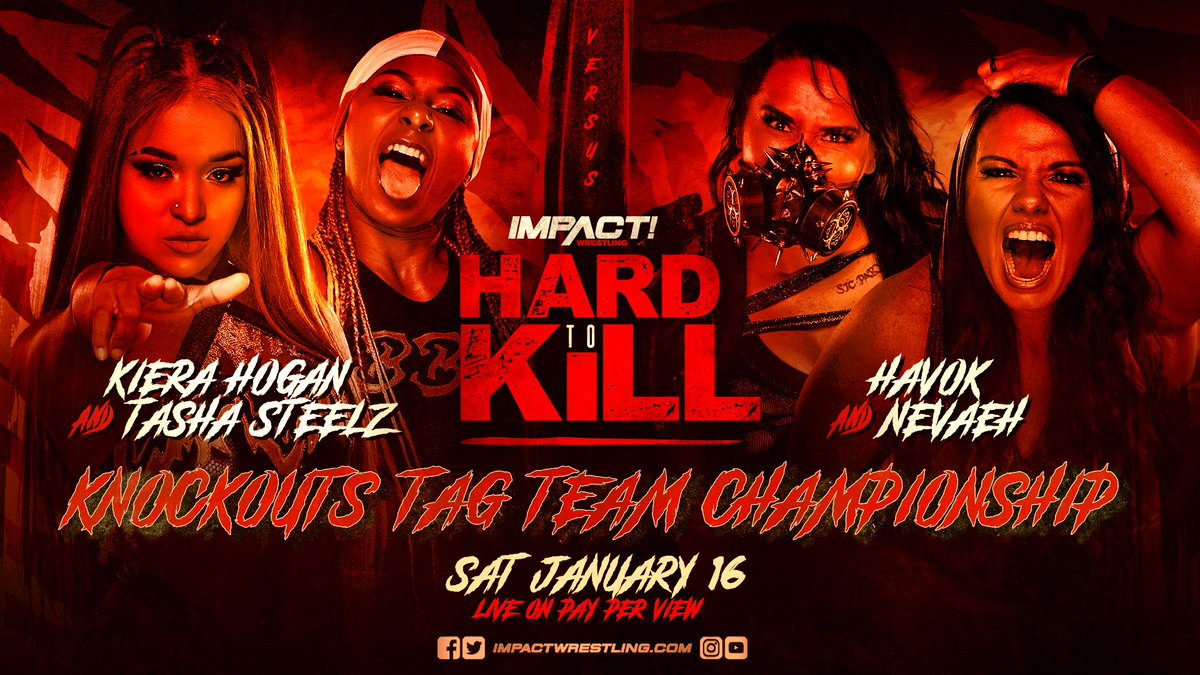 This week on Impact, Havok picked up the victory over Jazz and Jordynne Grace with a tombstone piledriver on Jazz. Three weeks ago, Hogan and Steelz secured their contendership with a superkick/swinging neckbreaker combination on Taya Valkyrie and Rosemary. The winner will be officially crowned next Saturday with the revived championships.

After their match ended in a deadly fashion this week, Sami Callihan and Eddie Edwards will continue their storied feud at Hard To Kill with a "Barbed Wire Massacre" match. This stipulation came to be after Eddie found his wife, Alisha, trapped on the dock, courtesy of Callihan's mind games on the former World Champion. When Eddie came to rescue her, Ken Shamrock and Callihan attacked Edwards from behind and tied him up with barbed wire. Callihan then hit Edwards in the face with his baseball bat, causing him to blackout. Now, these two can finally settle the score on their four-year rivalry.

Also added to the card:

- Ethan Page will challenge his alter-ego "The Karate Man" after their heated therapy session.

Ethan Page vs. "The Karate Man"

BREAKING: The Karate Man will face @OfficialEGO on January 16th at #HardToKill!