Carlito Looks Back On His Big Victory Over John Cena 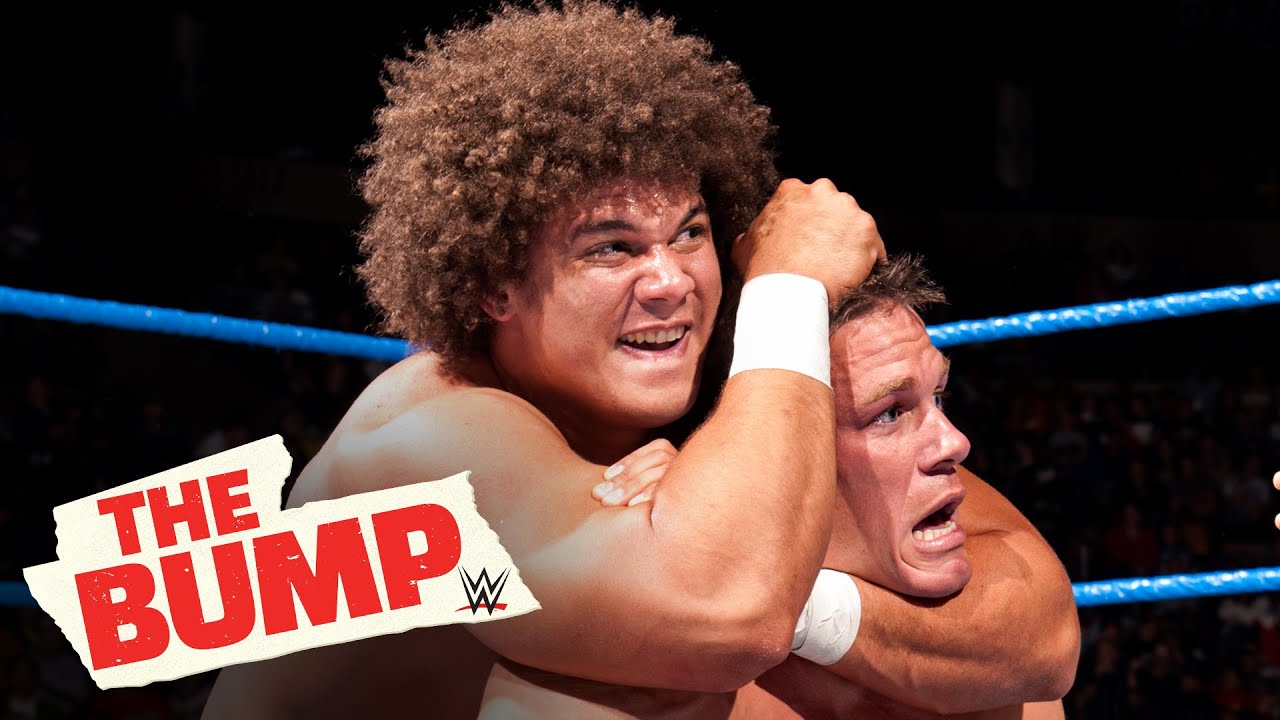 After making his long-awaited return last Sunday at the Royal Rumble, Carlito spoke with the panel of WWE’s The Bump to revisit some of his most memorable skits and matches from a decade back.

The first one they looked back on was Carlito’s appearance on “Piper’s Pit” with Roddy Piper and “Stone Cold” Steve Austin at WrestleMania 21. When asked what he remembers from that night, Carlito says all he could recall was how nervous he was to stand in the ring with two legends. He was afraid to mess up his shot at becoming a prime-time player in the company.

“Oh, yeah, just the nerves,” Carlito recalled. “My first WrestleMania and I had to go out there with “Stone Cold” Steve Austin and “Rowdy” Roddy Piper. Those were two kings on the microphone. I was hoping that I could keep up with them.”

Carlito made big waves in 2004 during his SmackDown debut when he cleanly swept a victory from John Cena for the United States Championship. Carlito brought up a fascinating point that younger and newer fans have taken note of him thanks to past fans who have spent time educating them on what a big upset that was in Cena’s career.

“Oh, all the time. I beat him clean,” he chuckled. “Some people disagree, but I think if you look at the tape, I didn’t cheat at all.

“I haven’t been on TV for Raw or SmackDown in 10 years, so a lot of the older fans know who I am, but the younger fans don’t know who I am. So, they’ll explain to their kids, ‘Oh, that’s Carlito!’ But every time they [older fans] say, ‘Yeah, he beat John Cena,’ you see the younger fan’s eyes light up. They think, ‘Well if he can beat John Cena, he’s got to be somebody.'”

One year later, Carlito would wrap another piece of gold around his waist when he won the Intercontinental Championship off of Shelton Benjamin during his Raw debut. Watching that match back now, Carlito feels bad taking the title away from his now good friend, Benjamin.

“It’s funny. It turns out that Shelton is one of my closet friends nowadays,” he noted. “It’s kind of weird looking back on this and seeing me beat up Shelton; it was always the other way around. I was glad to get the win.”

After watching his father, Carlos Colón Sr., and Ric Flair trade shots over the years in Puerto Rico, Carlito felt privileged to be a second-generation Superstar defending his Intercontinental title against one of his father’s greatest foes.

“It was awesome and a great honor,” he said with a compliment towards Flair, “Ric Flair wrestled my dad a whole bunch of times back in the day. I used to watch them when I was a kid in Puerto Rico. So, to be able to get in the ring with Ric Flair, it was a nice little feather in my cap.”

Coming up on its 15th anniversary of New Year’s Resolution in 2006, the panel asked Carlito what was going through his mind during his Elimination Chamber match debut. He credits his friend Chris Masters for doing all the heavy lifting throughout the match, although neither man came out with the WWE Championship.

“It was my first Elimination Chamber, I think,” he recalled. “I was in there with my boy, Chris Masters. The good thing was I had Masters doing all of the work.”

You can watch Carlito’s full interview here. If you use any of the quotes in this article, please credit WWE’s The Bump with a h/t to Wrestling Inc. for the transcription.