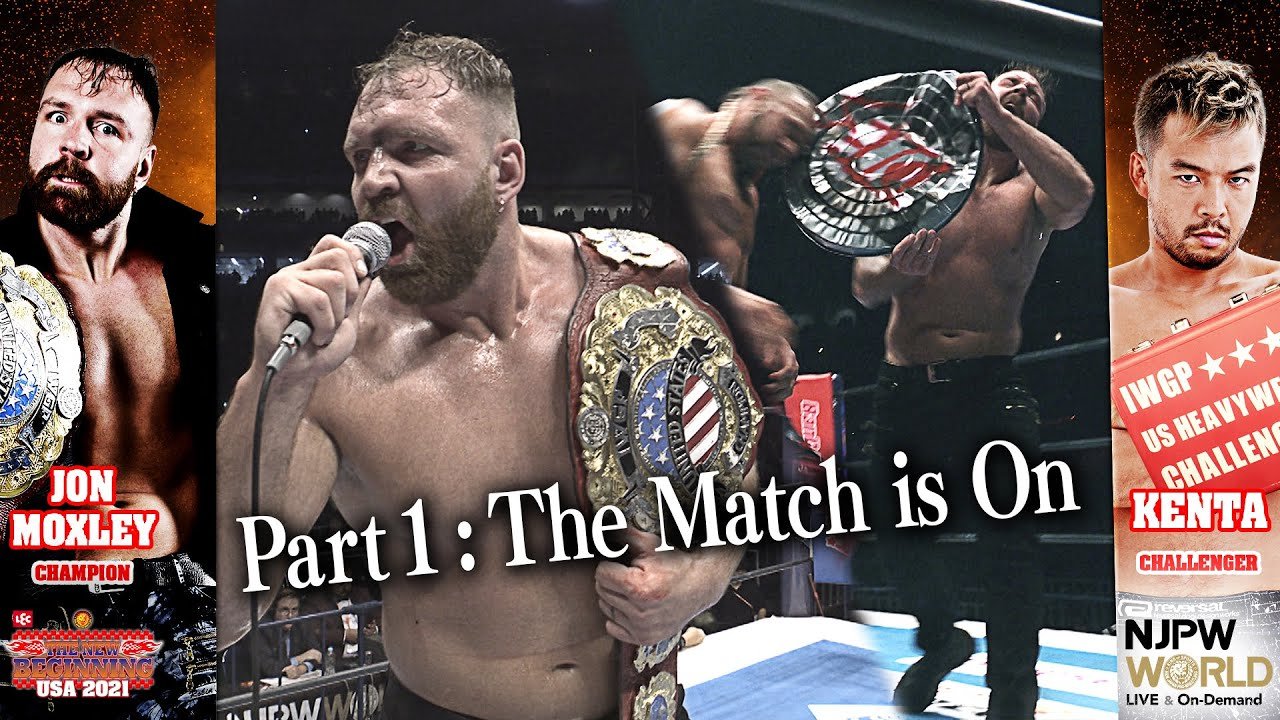 Ahead of his IWGP U.S. Title defense against KENTA on NJPW Strong, Jon Moxley did an interview with New Japan Pro Wrestling. In part one of the interview series, Moxley gave his thoughts on finally having a match against KENTA after weeks of KENTA calling him out.

“Very very good,” Moxley stated. “Obviously, all the travel restrictions and everything made everything weird this year, and that was very very frustrating because I had a lot of big plans. And I was very looking forward to really cementing my mark in New Japan and just staking my name in the ground more so in New Japan Pro Wrestling.

“I lay low and don’t get involved in all speculation and trash talk. I stay off the Twitter and all that, but it’s not like I’m complete oblivious to everything these people are saying when they’re fighting for contracts to fight me and they’re talking about what they’re going to do to me and what they’re going to do with my belt that they don’t have that they’re talking about walking around with. You think I’m gonna let all that s**t slide? Some chickens are coming home to roost in New Japan Pro Wrestling regards to the United States Heavyweight Championship.”

Moxley made a surprise appearance on the Wrestle Kingdom 15 broadcast where he appeared in a pre-recorded video issuing a warning to KENTA. He noted in the interview that he is still part of NJPW and will remain so “for as long as I damn well please.”

“I think I made my intentions clear at Wrestle Kingdom with the short message I had for the fans watching at Tokyo and watching around the world,” Moxley said. “All this craziness in the world that’s subsided in the past 10 months or whatever, I’m still very very much a part of New Japan Pro Wrestling and will continue to be for as long as I damn well please, as much as I damn well please.

“And there ain’t anything that’s gonna change that. There ain’t anybody that decides that but me. I decided to bust out my New Japan track jacket for the day (he shows off the NJPW Lion mark on camera). I’ve been looking for an excuse to wear it. So I’m wearing the f**king track jacket. I’m still a part of New Japan Pro Wrestling.

“You’re gonna have to beat me in the ring with your stupid briefcase. Walking around, you look like an idiot. The briefcase thing, it’s very 10 years ago. I don’t know why we’re still doing that. It’s an embarrassment really. Belts, shiny gold belts! That’s all that matters.”

If you use any quotes from this article, please credit NJPW with a h/t to Wrestling Inc. for the transcription.

Previous
Top Prospect Reportedly Signs WWE Developmental Deal
Next
Views From The Turnbuckle: What Does A NJPW And AEW Relationship Mean?
Follow @WrestlingINC