Third Title Match Added To Impact’s “No Surrender,” Matches Scheduled For Next Week 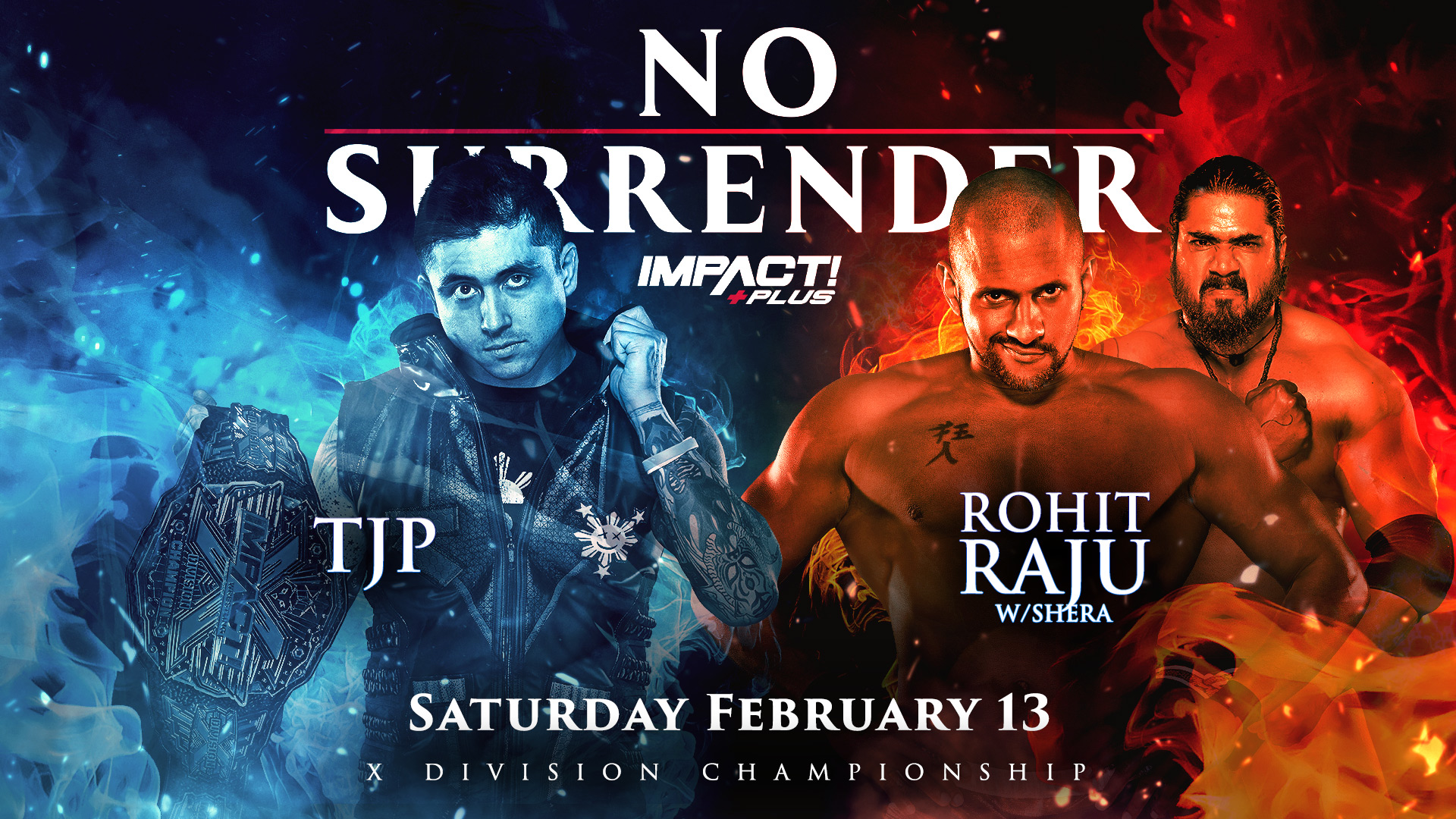 Impact Management has announced that TJP will be defending his X-Division Championship in a grudge match against Rohit Raju at No Surrender on Saturday, February 13, on Impact Plus. This will the third title match scheduled for the show.

After Manik (TJP) won the X-Division Championship off of Raju at Final Resolution, “The Desi Hitman” has been on a warpath to win his title back. This week in a non-title match, Raju got the best of TJP when Shera, his ally, made his return back to the company and helped Raju win his scheduled match. With Shera in his corner next Saturday, Raju could pull more tricks out of his sleeve to reclaim what was rightfully his.

– Just before they have to defend their Impact World Tag Team Championship against Private Party at No Surrender, the Good Brothers will put their titles on the line against Chris Sabin and James Storm next week. Sabin and Storm issued this match after Doc Gallows and Karl Anderson took it upon themselves to attack them following their major loss against Private Party to become the No. 1 Contender to the titles. James is a former 7-time TNA World Tag Champion, while Sabin is a former 2-time TNA and Impact Tag Champion.

After making her return this week, ODB will square off against Kimber Lee in a singles match. This match came to be after Lee’s ally, Susan, lost her match to Jordynne Grace. The Knockouts Champion Deonna Purrazzo, Lee and Susan laid an attack on Jordynne and her accompaniment, Jazz, before ODB ran down to the ring to help level the playing field.

The last time ODB was in action was last year at Hard To Kill, where she unsuccessfully challenged Jordynne Grace and Taya Valkyrie in a triple threat match for the Knockouts Championship.

Also scheduled for next week’s show:

.@JakeSomething_ will give Violent By Design their answer next week. #IMPACTonAXSTV pic.twitter.com/TnVKij4yhe