Tony Khan Admits He Did Not Like Matt Hardy Teleportation Angle 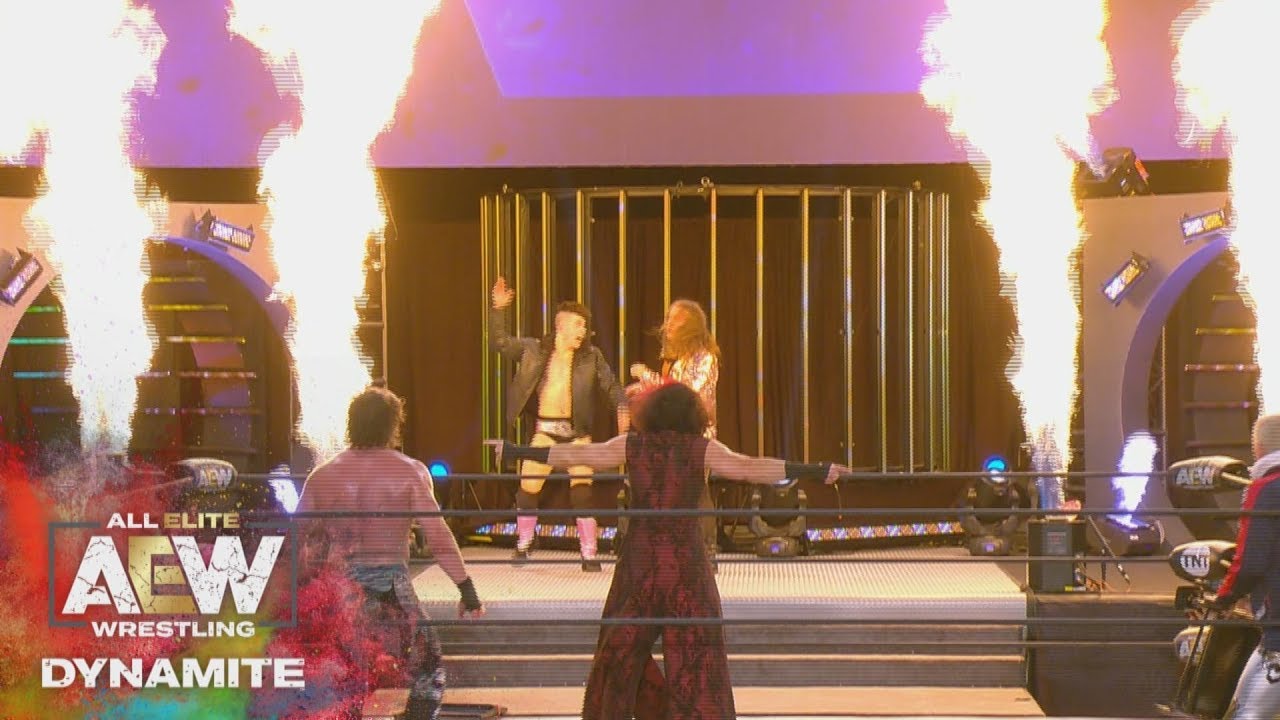 On a recent episode of the Talk Is Jericho podcast, AEW President and CEO Tony Khan came on and discussed the first year and a half of AEW. As Chris Jericho and Khan were discussing the vast amount of tag teams on AEW, Khan recalled Cody Rhodes’ open challenge for the TNT Championship where independent wrestlers like Ricky Starks and Eddie Kingston came on and eventually signed with AEW. Khan revealed that Rhodes had a list of guys he wanted to work with, and the only people he liked were Starks and Kingston.

“Ricky was in the ring with Cody, and we needed a guy to do Mox and Darby vs. Cage and a guy. And I was watching Cody vs. Ricky, and I was interested in it because Cody had a list of guys he thought would be cool,” Khan revealed. “A list of guys who he wanted to work for the TNT Title and some of the people I did not like at all, and it was like, who would you want to use you? Is there anybody on this list that we could use, and the two people that really stood out to me were Eddie Kingston and Ricky Starks. We used them both, and they both got hired.”

Khan praised AEW’s tag team division and AEW EVPs Matt and Nick Jackson for putting together the tag division. He also revealed that the team of Max Caster and Anthony Bowens, The Acclaimed, was something he always had in mind, but he never figured out the combination, until he saw Caster and Bowens on Dark, which led to them signing with AEW.

“As far as putting people together and ideas for teams and stuff, there’s tons of great teams here and most of the tag division is just great teams. Matt and Nick do such a great job as far as not only being great champions and [being] great wrestlers, but they have such a great eye for it,” Khan noted. “Top Flight [and] Private Party both, it was both their ideas, and there’s other great teams they’ve had great ideas on.

“They did such great work with the Lucha Brothers that got us off the ground, and they’re still doing great stuff, but going back to what you said on the teams, The Acclaimed was one where I had the name ‘The Acclaimed’ for a long time, and Max and Anthony were on Dark. And I wanted them both. They were both guys that got hot.

“It was one of the original names for The Inner Circle,” Jericho revealed. “We thought about ‘Chris Jericho and The Acclaimed.’ Tom Petty and The Heartbreakers or something like that.”

Jericho asked Khan if there were segments that he disliked, and he reminded Khan of the Matt Hardy teleportation segment that involved himself, The Inner Circle and Hardy. The segment was reportedly re-shot, and Khan admitted that he didn’t like the idea and also admitted that he should have stood up and rejected the idea if he really didn’t like it.

“That’s okay,” Khan said. “There’s stuff like that. Those are the things I’ve tried to do a lot less of this year honestly. There’s just stuff like that where somebody has something, and you knew I was skeptical of it going in. And I talked myself into it, and I wouldn’t have done it going after. And it’s not against you or the idea.

“If I really believe that strong, I should’ve just stood up and said it. Your idea was a good idea, but the way we executed it on short notice, it didn’t really look right, but Keith and Tim and those guys did the best they could too. It was tough, and we were in a shorthand in the pandemic, and we were just trying to do cool stuff.”

As for his favorite segment, Khan named the Jon Moxley – Jericho segment where Moxley smashed a bottle on Jericho’s head to reject joining The Inner Circle. Khan revealed the original idea for the segment and why they went the route that they did.

“As far as one that I think is pretty cool, the whole thing with you, and Mox and The Inner Circle,” Khan stated. “The three of us were in the hotel bar, and I had a bottle. Then I thought, if you smash a bottle, you know how the bottle has a jagged edge. It’s not how it ended up coming off. The final idea was totally different.

“I was like, wouldn’t it be cool if Mox smashed this bottle on your head in a segment and then took the remaining shard, the handle part with shard [and] jagged edges and held off the rest of The Inner Circle to kind of get away and we went off like that. That’d be kind of badass, and that was the end idea was he ended up smashing the bottle on your head. He just had to get out of there.

“There was no way to safely do that, but the short of that, we ended up doing something really special and the eye patch thing, you guys, that was great. And I loved the eye for an eye thing, and that was fun.”