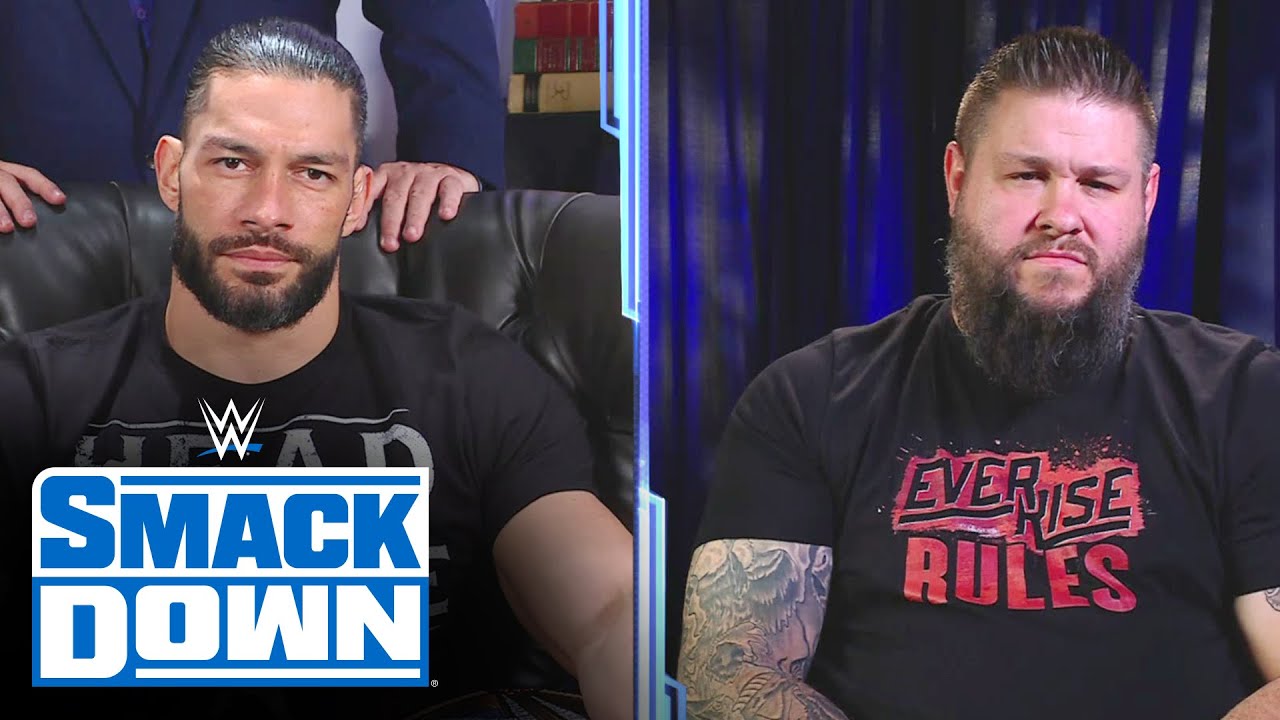 In less than two days, Kevin Owens has a big task in front of him when he competes in a Fatal Four-Way Match for the Intercontinental Championship. A former two-time IC Champion, Owens revealed to the panel over on WWE’s The Bump that he’s feeling a bit conflicted about whether he wants to win the title for the third time or not.

“Well, it’s a bit conflicted,” Kevin Owens began. “I would love to be Intercontinental Champion again; however, I know this is going to sound bad, but if I don’t win the title, I won’t be that heartbroken. There’s a good reason. As everybody knows, Owen Hart had a very positive influence on my career. What fans have pointed out to me in the past is that me and Owen Hart share a birthday, but also, we were both Intercontential Champions twice. If you add the total amount of days from our reigns, we both have the exact number of days as Intercontinental Champions.

“I almost don’t want to break that streak, but I will allow it ’cause if I were to win it now, it’s a brand new title. When I was the [former] Intercontential Champion, it was the same title Owen Hart held – the actual design of the title. So, if it comes down on Friday, sure, I’ll win the Intercontinental title. Fine. Only because they’re twisting my arm.”

When looking at the allies and potential formations that could take place on Friday, Owens does not see himself joining forces with Big E to take out their competition of Apollo Crews and Sami Zayn. Owens would like to go into this match as a singles competitor, nothing more.

“Here’s the thing: I’m a very honest person. I can’t say I won’t do what I did to New Day back then,” Owens noted. “I know that right now, I look back on those decisions, and I regret them. But Big E wasn’t actually there when it happened, so he wasn’t a fan of what I did at the time. He wasn’t a big fan of the ‘Big O.’

“I really enjoy Big E as a performer. Before the conflict, I really enjoyed him as a human being, as well. I don’t have anything against him. On Friday, I’m not going to be targeting Big E anymore than anybody else. I’m just going to try and win the title; I know he’ll do the same. If he wants to have dinner after, I’ll gladly do that. But I don’t think that’s going to happen.”

Speaking of one of his opponents, Owens has set the record straight, twice, when he defeated Sami Zayn at WrestleMania and again a week after The Grandest Stage event. Throughout their most recent rivalry, Owens promised to “beat some sense” into Zayn again, who’s been digging himself into a conspiracy rabbit hole for the last few months. Right now, Owens doesn’t know if he’s helped Zayn see the light just yet.

“Well, I don’t know if he is on the same path,” Owens pondered. “I haven’t really heard anything about his new documentary or seen his documentary crew around. So, I might have not knocked complete sense back into him. But at the very least, I achieved something I don’t know. He seems to have a different trajectory now, but it doesn’t seem to be any more logical than it was. If I could get him to cut his hair and trim his beard, I’d be real happy.”

Just recently, Owens cut a very prolific promo when he told Roman Reigns to not forget about him and his pursuit for the WWE Universal Championship. The same sort of message has been delivered by Big E as well. With Owens and Big E gunning for the same possession, Owens admits he would be ok if Big E were to get a title opportunity ahead of him. In his defense, Owens wants to stake his claim as being the one Superstar who could put an end to Reigns’ undefeated streak, regardless if he’s the champion or not.

“I wouldn’t call it getting in my way. If he [Big E] can beat Roman for the title, great!” Owens informed. “He’s a guy that hasn’t had many opportunities to win the flagship titles. I think he would do great as a champion – Universal or WWE Champion. If he gets to Roman first before I do, great! Again, as I’ve made it clear, I’ll gladly go and hang out with Big E at his house, but I’ll also gladly fight him for a title.

“There’s something else beyond the title between me and Roman. I feel like the rivalry we had, it brought out something in me that I hadn’t had in a while, and I really enjoyed it. But I also think I beat him three times, yet it was never in the record books. That eats away at me. I don’t think it’s over, but I have to move on for my own sanity. Even if there’s not a title at stake, I’m obviously am going to go after that title, but Roman losing the title is not going to settle the issue I have with him. I want to beat Roman Reigns so people can know I can beat Roman Reigns. ”

Although Owens still has many more miles to go in his career, the former Universal Champion doesn’t think it hurts to think about what his life will look like after his in-ring retirement. He mentioned to the panel how he’d like to help take care of animals, something he has mentioned before and is very passionate about.

“I’m not sure how much longer I’ll be wrestling. I don’t have any plans on ending my career anytime soon. But once I’m done, I’d like to just find a way to have some sort of piece of land to help rescue animals,” Owens stated on where he sees himself post-retirement. “If it wasn’t for wrestling, I would assume I’d directed my energy towards that. Beyond wrestling, there’s nothing that really passionates me other than helping animals and wildlife.”

You can watch Kevin Owens’ full interview here. If you use any of the quotes in this article, please credit WWE’s The Bump with a h/t to Wrestling Inc. for the transcription.