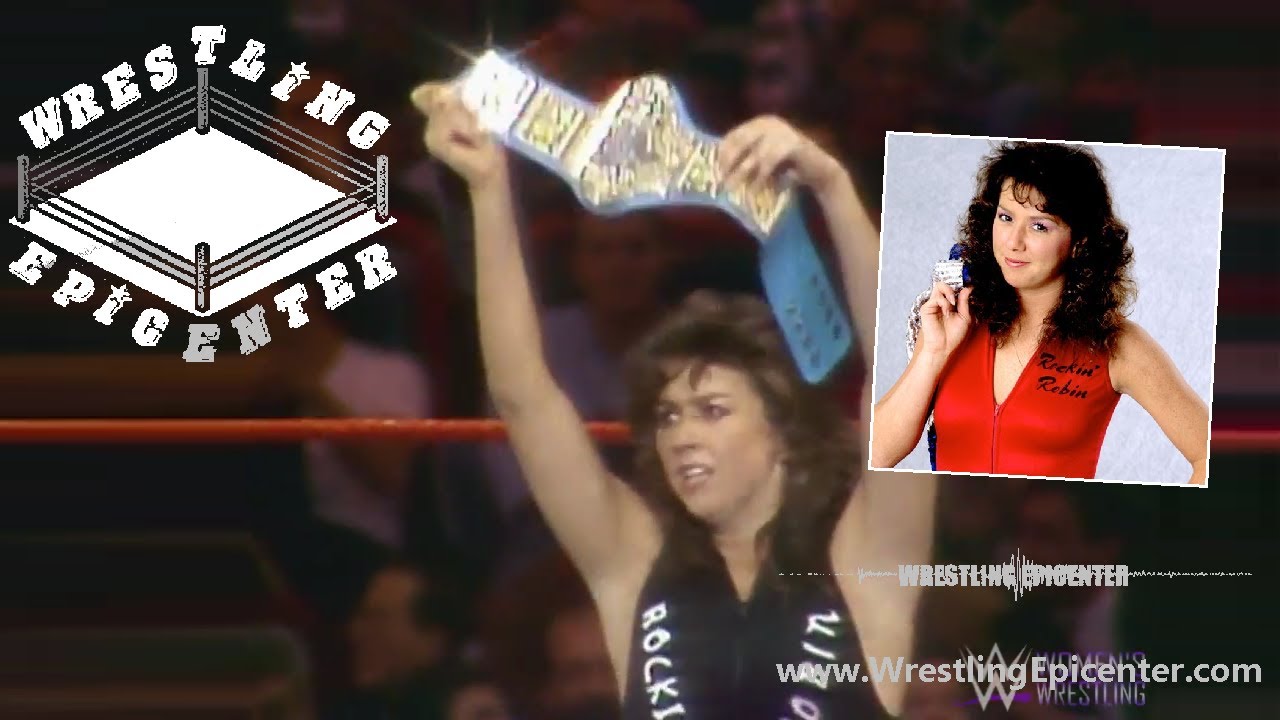 Rockin’ Robin sat down with Wrestling Epicenter to discuss the recent episode of Dark Side of the Ring, focusing on her father Grizzly Smith, herself and fellow family members Jake Roberts and Sam Houston. Robin talked about how the episode came together and how satisfied she was with the final product.

“I probably couldn’t be more pleased,” Robin said. “I’ll give you the backstory. I had been asked a couple of times before I finally agreed to do the show. I didn’t want to just come out and do a so-called hit job on the family or our father, anything like that. But, after we talked a little bit, the guys who created this and run that show, they’re incredible! They’re even more incredible than I thought in the beginning. After they approached me, I said, ‘well, let me think about it.’

“Then, I watched a couple of episodes on other families and other subjects, when I saw how respectful they were, they were never out to do a hit job on anybody. They handled every subject with a lot of respect and a lot of care. They seemed to put a lot of care into not ticking somebody off which would be really easy to do. It is called the Dark Side of the Ring because it really covers the dark side of things. It would be really easy for them to embarrass people or really humiliate people and that isn’t what they do. That is what made me decide to go ahead and do it.”

The trauma of what Robin and her siblings went through at the hands of their father remains even to this day. Despite that, Robin didn’t feel it was difficult to talk about this subject.

“To answer honestly, no, not really,” Robin revealed. “I’m 56, lets say I’m 56 or 57. Somewhere in there. My age or years gone by doesn’t make it any less traumatic. It really doesn’t. But it is something that happened to me. It is something that has happened, I’m sure, to a lot more children than we could ever fathom. But as I said in the piece, I decided that could no longer be a part of what guides my life. There were actually quite a few things that I guess they couldn’t fit in. But I said there was a point where I stopped seeing my father as my father and started seeing him just as a human being. A very flawed human being with this very bad problem.

“But once I disassociated, what really messes with your mind is this is a parent. This is someone who is supposed to take care of you and make sure you’re safe. He did the complete opposite of that. So the only way I could reconcile this was to disassociate him as my father. A father doesn’t do that. So when I stopped and re-evaluated him as a human being, and I didn’t spend a lot of time doing that either, I say that this is a person with a very bad problem. I don’t know if doctors would call it an illness. I really don’t know. But, if the world could be rid of something like that, it would be a better world.”

One of the big supporters of the documentary was Dwayne “The Rock” Johnson, who promoted the episode after getting an advanced copy. Robin was grateful for the support.

“I think it is all kind of still settling in,” Robin said. “I’m not on Twitter or any other form of social media except Facebook. Technology is not my forte. But I got a couple messages that Mr. Johnson put something out on Twitter. It floored me! I was very happy about it. I guess (I was) honored that he would say something. From what I understand, he received a copy of it about a week before it aired and he had commented to the Dark Side team that it was a profound episode. So when you stop and think, The Rock was watching me! (laughs) That’s pretty cool!”

The episode would conclude teasing the possibility of a family reunion between Robin, Roberts, Houston and their brother Richard. While Robin didn’t rule out doing something with Jake, right now she believes a full blown family reunion is too soon.

“A family reunion might be a little ambitious,” Robin said. “I will say that Jake called me yesterday and floated the idea of he and I doing an autograph signing together where we would be together instead of just being in the same room, not even knowing the other is there. Instead (we’d) be side by side and maybe have a chance to take pictures together. Honestly there is only one person that has a picture of Jake and I together and that is an actor by the name of Scotty Schwartz, a friend of mine. He was the little boy in the movie The Toy with Richard Pryor and Jackie Gleason. I was an extra in that movie.

“Scotty became a really big wrestling fan. So, many, many years later here he was knocking at my door. But, back then, he was a huge child actor in this huge movie. So, he saw Jake and I standing side by side and he knew exactly what he was doing. He asked us to turn and smile and we did. So, he’s got one of the only pictures of us together. You really can’t find a picture of us together anywhere else. So, Jake has this idea of us doing some stuff together.”

As for Sam Houston, Robin appeared to be more hesitant on doing something with him. Nevertheless she still wishes her brother well.

“I’m not sure,” Robin said. “I’m just, it is a tough one. I wish I could go into a little more detail. The only thing I will really say is I wish him just the very best that he can get out of life. I love him and hope that he winds up where he wants to be. And, um, yeah.”

Previous
Ezra Judge On If AEW Was A Topic Of Conversation At The WWE PC
Next
Impact Wrestling Preview (6/10): Major Summit Announced, “Against All Odds” Go-Home Show