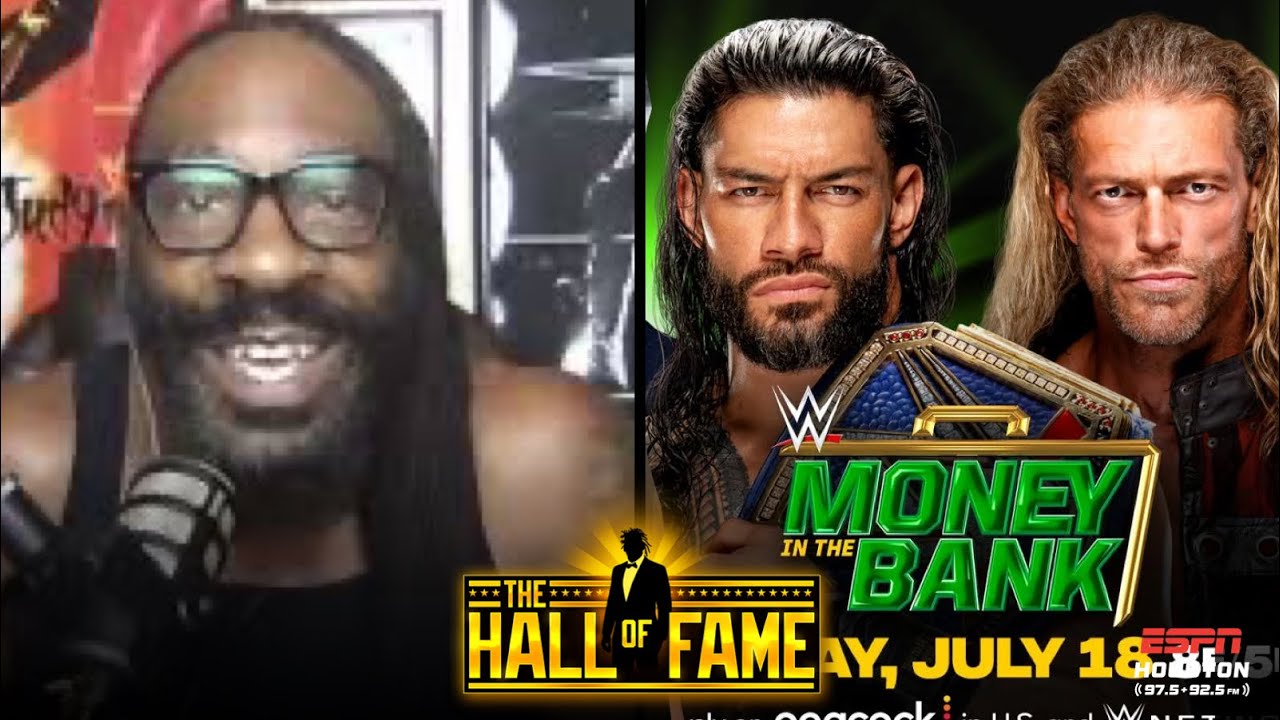 On the latest episode of The Hall of Fame Podcast, Booker T talked about the recently announced WWE Universal Championship Match at Money in the Bank between Roman Reigns and Edge.

The five-time WCW Champion said he’s looking forward to Edge vs. Reigns and believes the match will raise some eyebrows. Booker also talked about the constant need for there to be older wrestlers to come back and face Reigns, citing rumored matches for Reigns with The Rock and John Cena.

“Edge is trying to finish this thing more than anything,” Booker said. “I can feel where he’s coming from, was it one of those eyebrow raisers? I think so. I think the people was like ‘aww yeah, we’ve got something here.’ One thing about the old school man is it ain’t dead yet. That’s why a lot of times we keep having to go back to it in certain ways.

“That’s why there’s still a lot of chatter about ‘Is John Cena coming back? Is John Cena going to have one last match?’ All the talk about ‘John Cena sucks,’ and people still want to see him. The Rock, right now if The Rock were to come back and have a match against Roman Reigns at WrestleMania, don’t think it’s not going to be sold out with people hanging from the rafters. That’s the thing man, that’s the thing right there, the old school, it ain’t dead. Edge right now getting himself in the best possible shape he can, going out there saying ‘Hey man, let’s run this back.’ I like that, let’s see exactly what Edge still has left in the tank because we all know, we all know this is Edge’s last hurrah.”

As far as a prediction for the match, Booker said he really believes Roman Reigns is on another level right now. The two wrestlers were involved in a Triple Threat Match along with Daniel Bryan at this years WrestleMania where Reigns defeated both challengers.

“Right now, Roman’s been dominant man, he’s been a dominant champion,” Booker said. “And I like that, I like everything about the way Roman has been going out and performing, putting himself in a position where it might happen and Roman saying nah and snatching defeat from the jaws of victory. Roman is dominant right now and I like everything he’s been doing, he’s giving the people some good storytelling and that’s what I like about the business more than anything.

“Having someone like Edge, he’s from the old school, he’s a storyteller, we’ll see how this thing plays out. It’s Edge’s last hurrah and there’s no better time than to do it right now when the crowd is just getting back into buildings. If I could be frank, honestly there’s not a whole lot of contenders out there right now.”

WWE is reportedly looking at having “WrestleMania-level” plans for this year’s SummerSlam in August. It was also rumored that the main event of the show would feature Cena coming back to chase his 16th World Championship against Roman Reigns.

Booker T responded to the rumored SummerSlam main event, saying it shows the lack of challengers WWE currently has on the roster for Reigns. The 2x WWE Hall of Famer was critical about the current roster not being able to compete with Reigns, questioning where the top contenders are at.

“For me from the outside, I look at this like a boxing match or a boxing division, who’s in the division? Who do I got to look at and say ‘Who’s my next guy [for Roman Reigns]?’ Back in the day, Hogan had [Paul] Orndorff, he had the Barbarian, he had [King Kong] Bundy, he had Andre The Giant, Big John Studd. He had a bunch of contenders and a bunch of stars. That’s what I say right there. Where are the contenders?”