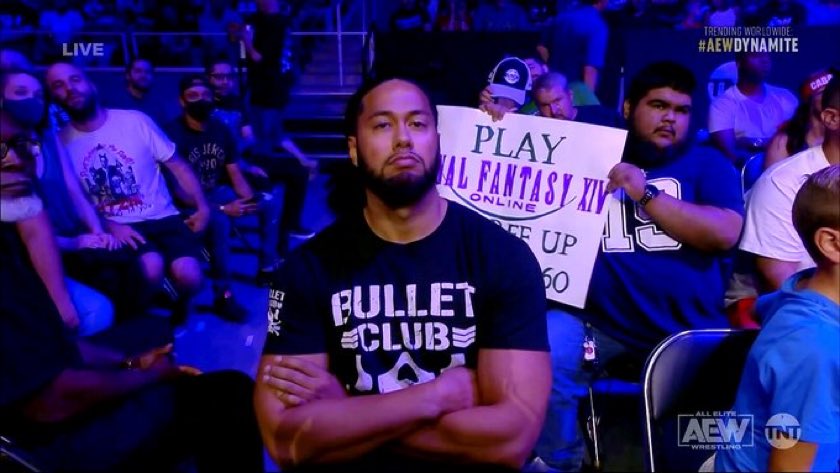 The Bullet Club is making its presence felt on AEW Dynamite.

NJPW star Hikuleo is sitting ringside for tonight’s broadcast. Hikuleo was shown on camera during the match between Wheeler Yuta and Darby Allin, while commentary made note that he would be keeping a close eye on tonight’s IWGP United States Championship Texas Deathmatch between Jon Moxley and Lance Archer.

Hikuleo is the brother of New Japan’s Tama Tonga and Tonga Loa. He was trained by the Dudley Boys at the Team 3D Academy before joining New Japan Pro-Wrestling, where he would quickly become a member of the Bullet Club.

It is unclear whether Hikuleo is in attendance as a spectator or to set up a storyline. It is worth noting that Bullet Club leader Jay White made his Impact Wrestling debut this past Saturday at Slammiversary, confronting AEW World Champion Kenny Omega. White is scheduled to make an appearance this Thursday on Impact.

Stay tuned for updates on Hikuleo’s AEW status by following along with Wrestling Inc.’s live coverage of Dynamite.