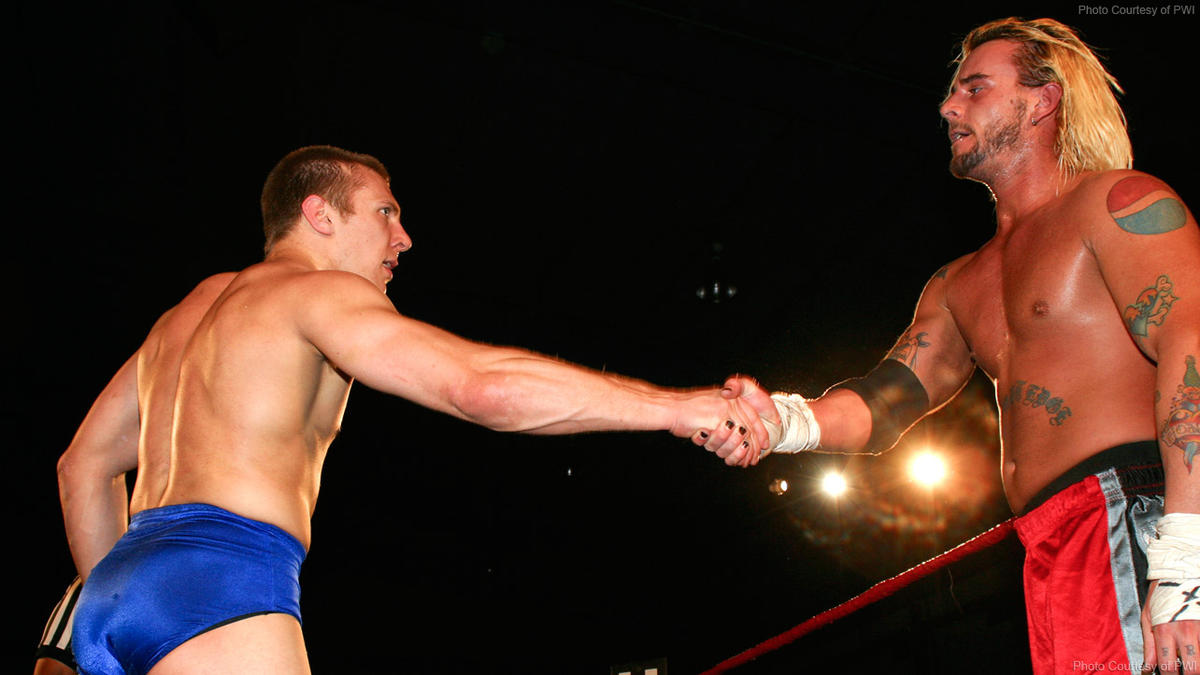 During Punk’s in-ring interview with Tony Schiavone, he was met with “Yes!” chants after asking himself if he was still the best in the world. Punk responded to the chants by noting that catchphrase doesn’t belong to him.

“That’s somebody’s else’s schtick, and you might just need to be a little more patient,” Punk told the Milwaukee crowd.

Shortly after his segment concluded, Punk took to Instagram Stories where he posted a close-up image of a handshake. The picture is from a 2004 Ring of Honor contest between CM Punk and Bryan Danielson, the first time the two would square off in ROH. The match was officiated by WWE Hall of Famer Ricky “The Dragon” Steamboat and concluded with Punk submitting to Danielson’s abdominal stretch.

Ring of Honor wasn’t the only home to a Punk and Bryan feud, as the two wrestled each other multiple times in WWE. Bryan feuded with Punk throughout the summer of 2012, wrestling the Voice of the Voiceless in singles action at both WWE Over the Limit and WWE Money in the Bank. At WWE Survivor Series 2013, the two teamed together against the Wyatt Family in one of Punk’s final WWE feuds.

Danielson is rumored to have already signed with All Elite Wrestling, and is expected to make his debut at the September 22 edition of AEW Dynamite at Arthur Ashe Stadium.

You can see Punk’s Bryan Danielson teases below:

.@CMPunk posted a picture of him and Daniel Bryan on his IG 👀 pic.twitter.com/LdlMAynqCf