CM Punk Gets Physical And Hits GTS On AEW Dynamite 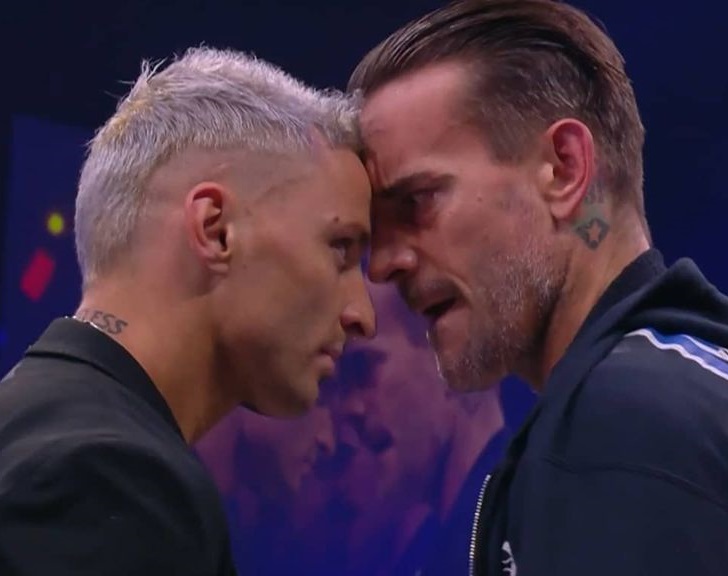 Punk initially came out to address his upcoming match with Darby Allin at AEW All Out. The Chicago native praised his hometown crowd, sarcastically asking if they were sick of him yet. Punk then cast doubt on his chances against Allin this Sunday, emphasizing that he hasn’t wrestled in nearly a decade. This prompted “you still got it!” chants before 2point0 and Daniel Garcia hit the ring to attack the Best in the World.

Allin and Sting made the save shortly after, fending off the trio. Allin and Sting would hit a Coffin Drop and Scorpion Death Drop, respectively, before Punk landed a Go to Sleep on Jeff Parker of 2point0. Aside from an unconfirmed indie appearance where a masked man hit a GTS, this is the first time Punk hit his finisher in over seven years.

After the beatdown, Punk and Allin got nose to nose. While tensions were high, the two never exchanged blows. Sting would get on the mic to proclaim how honored he was to share the ring with Punk. The WWE Hall of Famer also noted he will be supporting Darby this Sunday from backstage, as he is electing to not be ringside.

Before the two square off this Sunday, Darby will face Daniel Garcia this Friday on AEW Rampage.

Punk will make his long-awaited return to the ring this Sunday at AEW All Out when he takes on Darby Allin in singles action. This will be Punk’s first official wrestling match since 2014’s Royal Rumble.

You can see highlights from Punk’s promo below:

.@CMPunk is enjoying the moment…and so are we 🤝 #AEWDynamite pic.twitter.com/1qWqszYEWm

They said they wanted a taste… Welp. #AEWDynamite pic.twitter.com/bypUGW6QoU

If you don't think we're ready to see another G.T.S. at #AllOut this Sunday, you're sadly mistaken 🤯 #AEWDynamite pic.twitter.com/JxKk0w0rRp

"It's gonna be showtime for sure." 👀👀 @darbyallin + @sting vs. @cmpunk at #AllOut. We're not ready. #AEWDynamite pic.twitter.com/tcL3MsFJOk