Rosemary & John E. Bravo Set To Get Married Next Week On Impact Wrestling 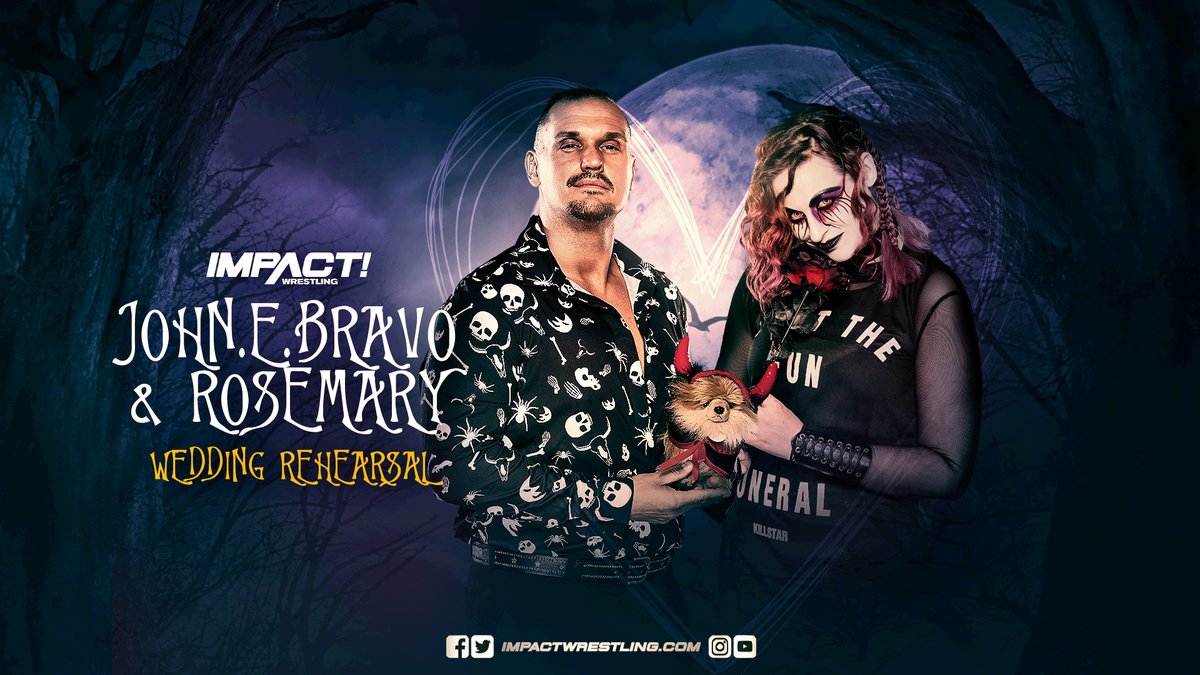 Next week, Impact Wrestling fans are cordially invited to witness and attend the wedding ceremony between Rosemary and John E. Bravo. The darling pair will cement their relationship with their "Wrestle House" friends and colleagues.

Their formation began as far back as May when Rosemary and Taya Valkyrie formed a Knockouts tag team alliance. After Valkyrie introduced Rosemary to her manager, Bravo, the two hit it off and started spending time together behind Valkyrie's back. While at "Wrestle House" over the summer, Rosemary and Bravo informed Valkyrie of their relationship, which caused Valkyrie to challenge her friend after admitting her deceitfulness. Although Valkyrie won her match against Rosemary, they both made up, and that was when Bravo proposed.

Since the proposal last month, the couple has been quite busy getting their wedding in order. As of this week, Rosemary won her scheduled match against Havok, which means that former ally, Father James Mitchell, will be resurrected to officiate their wedding. It'll be interesting to how this plays out.

Also, on next week's card, we'll see the fallout from Bound For Glory, and who retained or became the new champions.

Stay tuned with Wrestling Inc. for any new updates on next week's lineup.

We cordially invite you to the wedding of @WeAreRosemary and @JohnEBravo1st on October 27th on IMPACT! #IMPACTonAXSTV pic.twitter.com/ihONscHi5U

Failure is not an option.. our bonding to our human Virgin @JohnEBravo1st must follow decorum to the last letter.. powerful magic indeed.. ?? https://t.co/PAfyA27NAr

Spear by @WeAreRosemary and a resurrection for Father James Mitchell is now in order. #IMPACTonAXSTV pic.twitter.com/yCVRLzpWKD

Previous Article
Sasha Banks Opens Up About Dealing With Racism, How It Inspired Her To Become A Wrestler
Next Article
Bret Hart Responds To Jake Roberts Saying He Was One Of "The Worst World Champions"