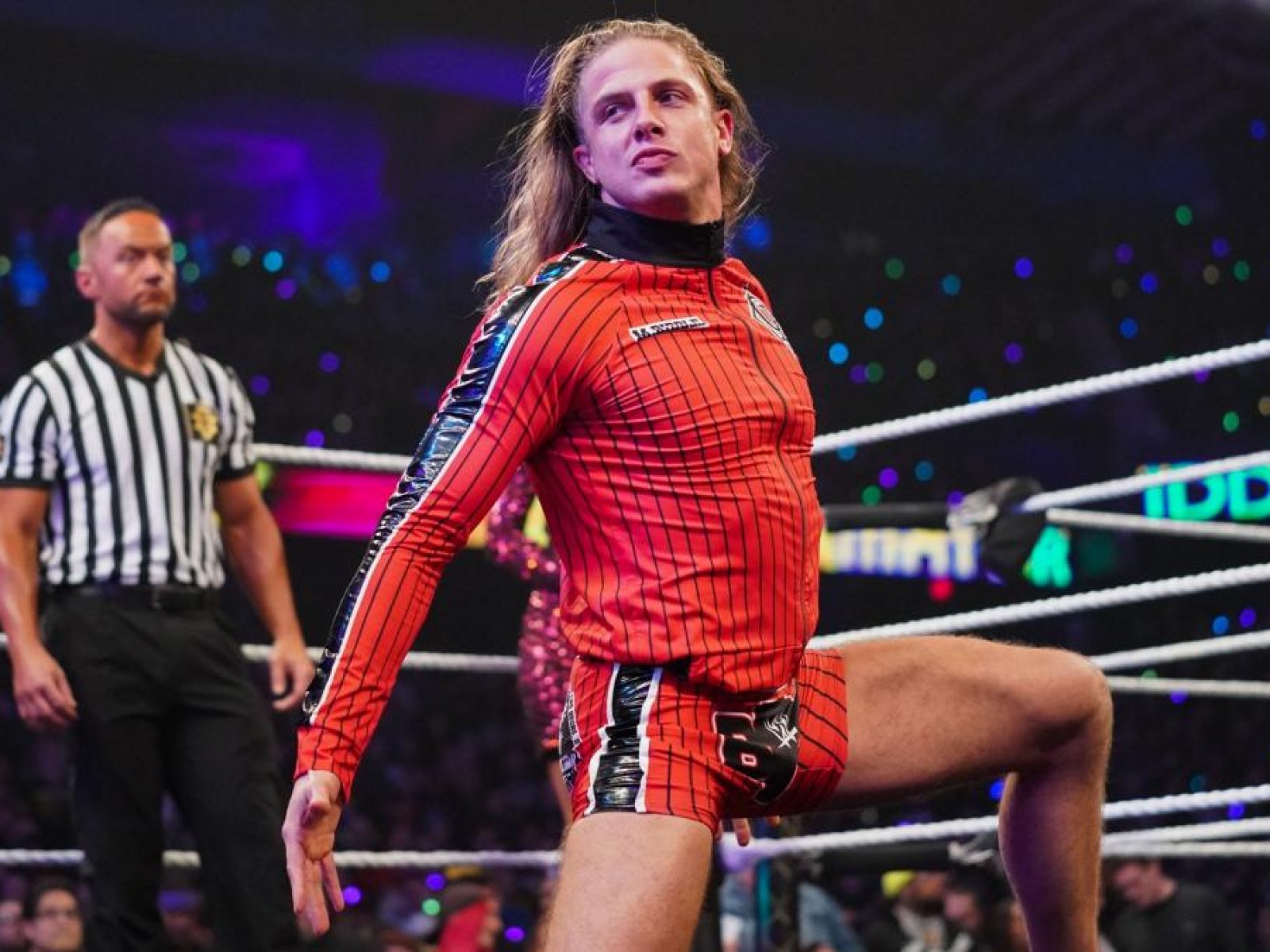 This Sunday, Riddle will challenge Bobby Lashley for his United States Championship in a triple threat match at WWE Elimination Chamber. The Original Bro has been linked to Lashley for months, coming up short in numerous title matches.

Speaking to ViBe & Wrestling, Riddle noted that it’s “only a matter of time” before he gets his W against the muscle of the Hurt Business.

“It seems that I can beat everybody, but I haven’t been able to beat them when it counts, for the titles, for the championships, and it hurts,” Riddle said. “I am tired of people thinking that I can’t beat Bobby. I saw an interview the other day where Bobby said he thought I cracked his ribs. I don’t throw blanks out there. I hit people for real, and Bobby Lashley, [it’s] only a matter of time [before I beat you]. The differences between me and Bobby is that he might be bigger and stronger but I am way more durable, and this Sunday at Elimination Chamber, maybe he is going to beat me a couple of times but if you have a look at the records I beat him twice. One by DQ and one by pin, and he only beat me once.

“On Sunday at Elimination Chamber I am pretty sure I am taking that title from him. I’m walking out as US Champion and people will chant U-S-A, or U-S-A BRO, or BRO-U-S-A or BRU-S-A. It doesn’t matter. But they are going to chant something because I am walking out as champion and everybody is going to get it. Every doubter every hater, every person… I am gonna shut them all up. There is a new stallion in town and he is driving around.”

WWE kicked off 2021 with a special “Legends Night” edition of Monday Night RAW. As someone who has rubbed a few stars of yesteryear the wrong way, Riddle has been questioned about how his interactions are with the past wrestlers. Despite the rumored heat, Riddle reassured that most of the legends like him.

“A lot of people think that I have heat with the legends, but the majority of the legends like me,” Riddle said. “I see Ric Flair all the time. He has been around [more often] now that he has this little thing with Lacey, and he is one of the greats. He always give some tips and advice. Booker T always gives me advice to put my shoes on, he doesn’t like seeing me wrestle with bare foot. He says, ‘Go and get boots man!’

“Carlito was there the other day, he is a nice guy. Christian, he gave me some tips, he said, ‘Keep being a stallion’ and I say, ‘You too.’ Edge is there all the time now, he is pretty legendary. He’s cool. But do you know who was the best legend that was there? Gillberg! That guy is one of the nicest people that I’ve ever met. He wrestled, he’s been there, he’s been up, he’s been down. He was a pleasure, he gave great advice to everybody in the locker room and told stories about the past, so he was a true treat.”

Last month, the Undertaker sparked debate within the pro wrestling industry when he called the current product “soft.” While some within the business agreed, many took issue with Taker’s comments. As a former UFC fighter, Riddle dismissed Taker’s words, noting that today’s roster is filled with “real savages.”

“I would say to the Undertaker and everybody else, times have changed, the human race and everyone is evolving,” Riddle said. “And yes we don’t carry knives and guns to work because we have metal detectors to keep us safe, so people don’t do that. We have a wellness policy where we are all getting tested regularly so we are safe and in our right state of mind. I love my job. I am a former professional UFC fighter that broke people’s jaws on a steel cage. [That’s] something that wasn’t around when he was a young man, and I bet if it was he still wouldn’t step up because it takes a different breed. He shouldn’t say certain things about the upcoming roster because we are real savages, not pretend ones. He should watch out.”

Despite Riddle’s fighting words, he emphasized he still have a lot of respect for the Deadman. The Original Bro says the generations are not comparable because of the evolved psychology of a pro wrestler today.

“But I still respect him, I think [he] just a little over sold us, and I don’t think he wanted to be mean,” Riddle said. “I just think he thought his time was tougher and I would say this: when he worked times weren’t tougher. They weren’t smart either. They were dumber. They abused certain things, they abused their bodies and they are all paying the price for it. Today’s wrestlers are smarter, who work smarter. If they think they took more bumps, we don’t work the same schedule you were working and you can’t say we are softer for that. We’re more smarter and educated like the modern day athlete and we are not getting hurt that much.

“We’re training smart, we eat healthier and we do things better because people in the past made so many mistakes that we learned from them. Now we don’t make those same mistakes anymore. So Undertaker saying we are soft, I don’t think we are soft. I think we are more intelligent, so we don’t get hurt and don’t put ourselves in stupid situations like bringing guns to work. So Undertaker, nothing but respect but at the end of the day. Respect and understand evolution. Realize we have evolved, we are better educated, and we don’t do certain things anymore. We do things right.”