Shane Helms On Why He Changed His Name, Feud With The Rock 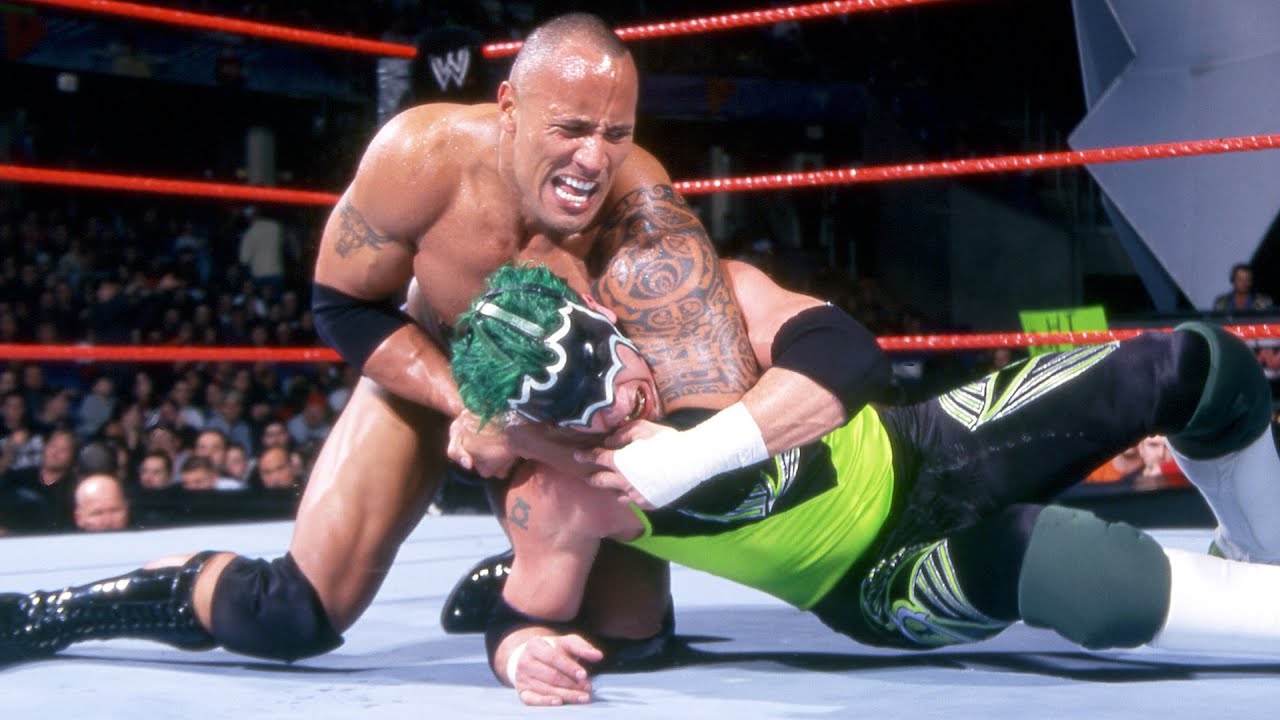 After revealing that his former ally Molly Holly is scheduled to be inducted into this year’s WWE Hall of Fame ceremony, Shane Helms joined WWE’s The Bump to talk about several big anniversaries from his in-ring career. Before they delved into those accolades, they started off by asking how his producing role in the company has been going since his return.

“I love this producing gig. I’m just really focused on that now,” Shane Helms mentioned. “Being corporate and learning the corporate language is like learning a foreign language. I wasn’t corporate ever, so it’s been interesting. It’s a learning curve, but I love the job, and I love WWE. There are so many great people there. I love the job so much.”

Just two months ago, Hurricane Helms returned to the Royal Rumble for a blink of an eye moment. Despite not being part of the match for longer than a few minutes, Helms was happy to make an appearance, although he took a hard fall to the outside.

“The day was great, but the elimination sucked,” he chuckled. “That was the hardest fall I’ve had in a very long time. When something hurts you immediately, that’s generally a bad sign. I was on the ground [thinking], ‘Oh, man, that was really rough.’ Somebody came over and was like, ‘Hurricane, are you ok?’ I’m like, ‘No!’ I love the Rumble. I’m not successful at it, but I do make some great moments.”

The first anniversary accolade the panel and Helms celebrated was his triumphant victory over Chavo Guerrero Jr. for the WCW Cruiserweight Championship in 2001. Evidently, Helms would go on to be the longest-reigning champion with the belt for nearly 385 days. Helms noted that title win is one that he’ll cherish forever because it was the first one that truly that verified all his hard work in the indies was finally paying off.

“You know, it was unique. That win right there for me was so special,” he stated. “That title meant so much to anybody in that 200-pound range…To struggle so hard in the indies for 8-9 years before I made it to WCW; to win a championship, it solidifies that you have made it.”

Next, Helms explained how he went from “Sugar” Shane Helms to the beloved Hurricane Helms.

“When I came to WWE, I was Sugar Shane Helms in WCW. There were some conversations about the name. They didn’t want to have two Shanes, which I completely understand,” he began. “So, on my first night in WWE, I was Gregory Helms. It didn’t have a hook; it was just bland to me. I was like, I have to come up with something else.

“On the flight home after my first appearance in WWE, I had to come up with a better name. So, I came up with Hurricane Helms, and I showed up the next week before the production meeting. I found Stephanie McMahon – I interacted with her the most during those early days. I presented her with the Hurricane Helms name, and she said she would run it by Vince. A couple of hours later, after the production meeting, Vince McMahon walks by and goes, ‘Hurrican Helms, I like it!’ I was like, ‘Yes!'”

The second and last accolade they looked back on was his massive win over The Rock in 2003. Helms jokingly takes credit that he was the one to have pushed Dwayne Johnson toward the Superstar he became in WWE just after that match.

“It was a really good David versus Goliath story. You know, not just [in] stature, but in star power,” he added. “You had one of the biggest… especially now, I mean, we see what he is now, which I think happened because of me. I mean, if you’ll notice, his career really took off. I mean, it might be another thing we have made up, I don’t know.

“But it was only going to be one time, you know. That first interaction we had in Toronto was all on paper. It just steamrolled into the next week we’d do another promo, and next week we’d do another promo. It just got funnier and funnier. The Rock was so great. He was so appreciative. One of the jabs he gave me was a jab I gave to him. It was weird because it wasn’t this big feud. But I feel like people talk about that as much as they talk about any feud in wrestling.”

You can watch Shane Helms’ full interview here. If you use any of the quotes in this article, please credit WWE’s The Bump with a h/t to Wrestling Inc. for the transcription.

Previous
Video: Exhausted Lana Says She’s Obsessed With Becoming A Champion
Next
PJ Black Recalls Triple H Not Being Happy With How He Handled His WWE Departure
Follow @WrestlingINC