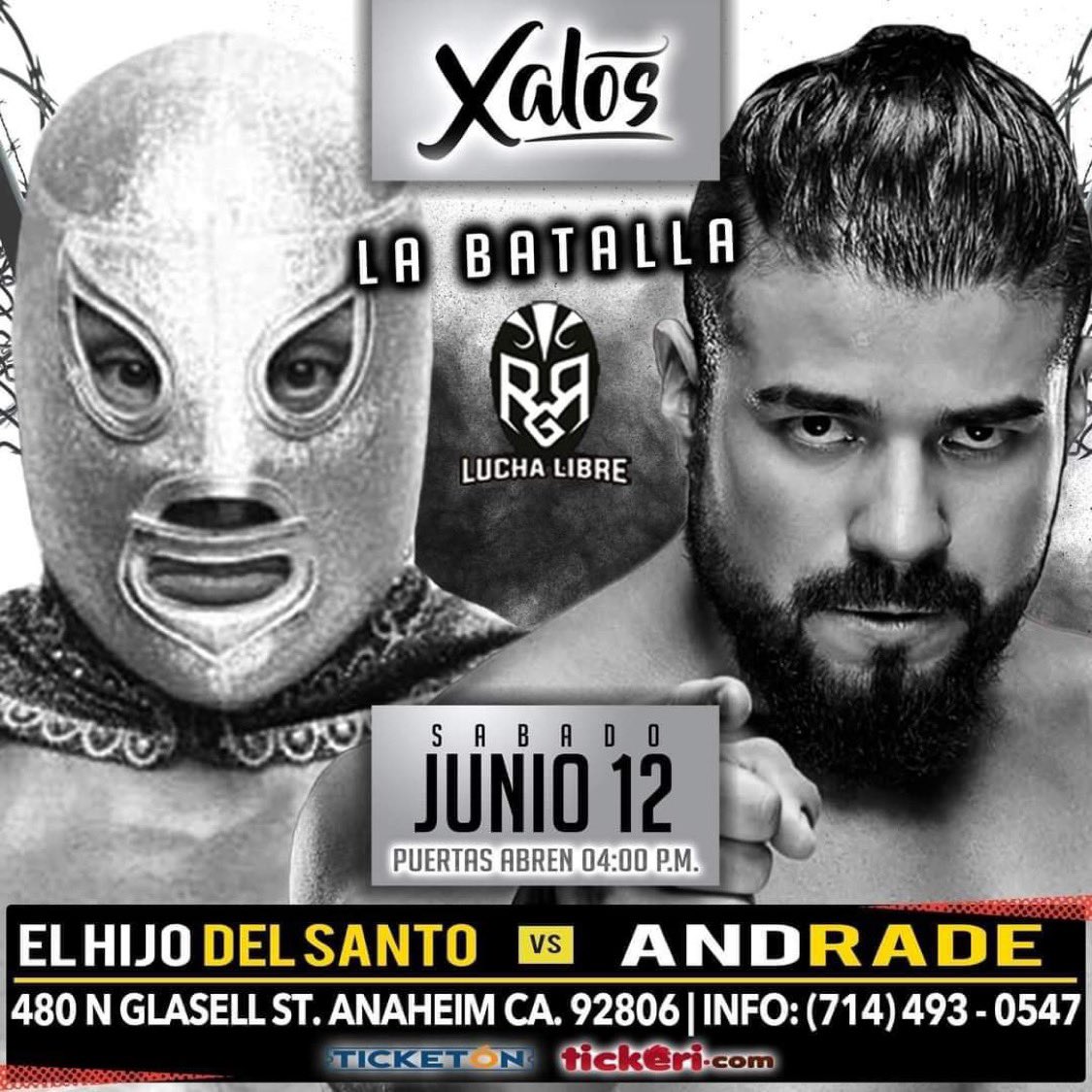 The first match Andrade will wrestle in since leaving WWE is now official. A poster released by the Xalos promotion in Anaheim, California revealed that Andrade will be wrestling lucha libre legend El Hijo del Santo on June 12. Barring any other bookings it will be Andrade’s first wrestling match since October 12 of 2020.

In a tweet (in Spanish) following his release, Andrade expressed interest in wrestling Santo, who responded soon after expressing interest in a match as well. The history between Santo and Andrade dates back to the 80’s, where Santo had a rivalry with Andrade’s uncle, the original Espanto Jr. Santo would dominate the feud, shaving Espanto bald at least three times and most notably unmasking Espanto in a 1986 mask vs. mask match in Monterrey. Andrade will seek revenge for his uncle in this upcoming encounter.

While this will be Andrade’s first official match since departing WWE, he has wasted no time in making sure his schedule is full. Following the Santo match he will take part in Federacion Wrestling’s first event on June 19 and a month later will battle Alberto El Patron in Texas. His most notable booking however will take place on August 13, where he will challenge AAA Mega Champion Kenny Omega at AAA’s TripleMania XXIX, arguably the biggest event in lucha libre this year.

Santo, 58, is the son of the legendary El Santo, who alongside Rikidozan and Hulk Hogan is considered one of the biggest stars in the history of wrestling. While never reaching the heights of his father, Santo is considered a major star in his own right, having had successful runs in both AAA and their competitor CMLL during his 39 year career. He is best known to American fans for appearing on WWE’s Super Astros program in the late 90’s and for his appearance at the 1994 PPV Where Worlds Collide, where he teamed with Octagon to defeat Art Barr and WWE Hall of Famer Eddie Guerrero in a mask vs. hair tag team match.

You can see the tweets from Santo and Andrade below.