Danhausen Reveals Which Impact Star Got Him Noticed By ROH 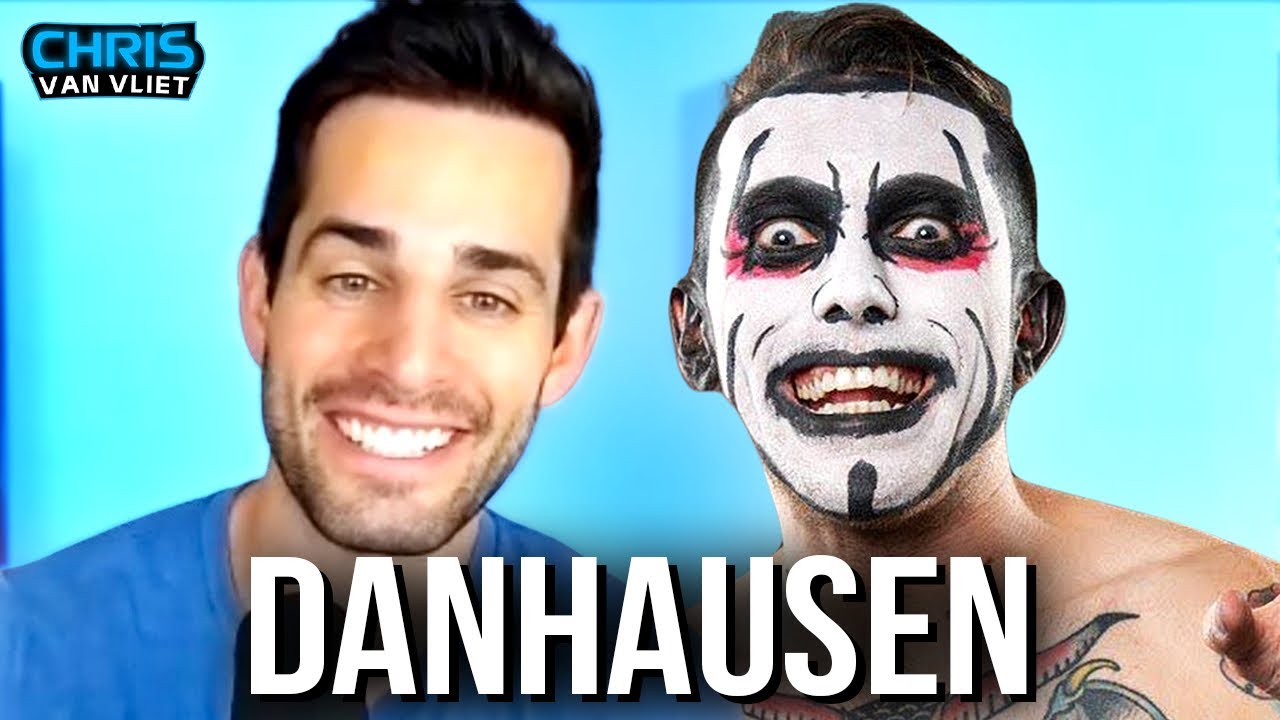 Danhausen is known for being one of the most colorful characters in wrestling today. But in an interview with Chris Van Vliet, the Ring of Honor star revealed it wasn’t too long ago where he was just another wrestler.

“It was like a standard tattooed, bearded, independent wrestling guy,” Danhausen said of his old gimmick. “You just emulate the guys that you are watching, until you figure out what you actually want to do. So Danhausen, some people have said it’s like if Conan O’Brien got possessed by a demon. That’s probably the closest you can get to it in terms of describing it. It kind of just is what it is. I don’t have a set thing of what Danhausen is.”

So what led to Danhausen transitioning from the standard indie guy to his current persona? According to Danhausen, it came from a place of being frustrated with where he was and wanting a more natural character.

“I would say frustration and uncomfortableness,” Danhausen stated. “As much as this character is out there and weird, this is way more naturally me than me trying to be a tough guy. It’s more natural than me pretending I’m going to beat everybody up, that’s not me. I was just trying to find myself and it was not working, I was striking out constantly. I was having good matches here and there, but it just doesn’t matter until you are comfortable.”

Danhausen first started appearing for ROH back in 2019 and signed in October of 2020. He believes he got a shot with the promotion thanks to the suggestion of a current Impact Wrestler star.

“That was thanks to Alex Shelly,” Danhausen revealed. “I rode with him a couple of times and we really bonded on the car rides. He saw what I was doing and he liked it. He thought that it was something that ROH needed. Ring of Honor had booked me a couple of times already, just based on me being weird and different. They allowed me to be full on Danhausen without changing anything. I have been thankful for that, if you change it, the character won’t work. So Alex said ‘you should sign this guy.’ ROH said yes and that was it.”

Some out there believe that the Danhausen character can be a bit over the top. For Danhausen, he believes that’s not the case due to the character being more grounded than some of the others seen in wrestling.

“Everything I do is based in reality,” Danhausen said. “I can’t shoot lightning from my fingers or do any supernatural stuff. But the character thinks he can. Like the tequila spot, I get the fans to dance along and I get their energy. That’s a real thing, you can feed off of that. You get excited from it, so it makes sense. No swearing makes sense, because it will get you taken off the air. The teeth thing is a “legal” way to cheat. I can argue with the ref that I am just putting more teeth in. It’s not thumbtacks, it’s just gross.”

Part of the change to the Danhausen persona saw him change his voice. The inspiration for that came from a legendary voice actor and a comedian who Danhausen knows very well.

“So before I found this voice, I used to just have this deep voice,” Danhausen said. “The current one came from me just liking voice acting. Conan O’Brien does voices as he is doing skits, so it came from that. I am also a huge fan of The Simpsons. Also Mark Hamill from Batman the animates series. I will practice them in the car and cut promos by myself. It helps a lot on the long drives to shows. Filming the videos and hearing them back helped me to tweak them.”

It’s not just enough for Danhausen to be signed with a promotion like Ring of Honor. He would love to see himself featured more on TV and to push this gimmick as far as it can go, even beyond the realms of wrestling.

“One goal is I would like to be on television more,” Danhausen said. “I would like to get some sort of cartoon that is not wrestling related. I think that the Danhausen character can translate over into a mainstream audience. The Conan O’Brien interview sort of proves that. There are legs for it outside of wrestling, but I don’t want to leave wrestling, but I want to draw more people to it.”