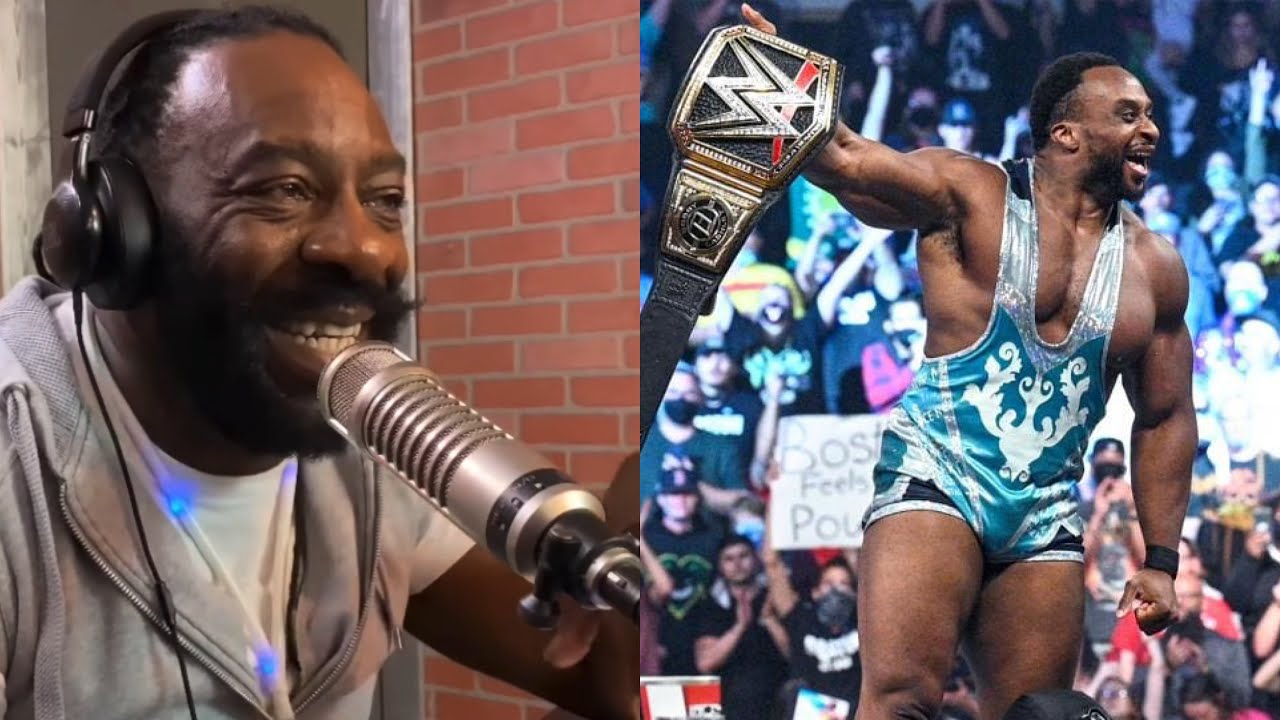 The WWE Universe exploded on Monday Night RAW after Big E successfully cashed in his Money in the Bank Briefcase  against Bobby Lashley to win the WWE Championship. Big E teased that he would cash in his briefcase on Twitter prior to the show and then lived up to his word.

According to PWInsider, the RAW locker room had a major uptick in morale after Big E’s victory. The wrestling world, including several stars from WWE and AEW, jumped to social media to give their congratulations to The New Day member for winning his first major championship.

Booker T spoke on his podcast, The Hall of Fame, about a conversation he had with Big E after Kofi Kingston won the WWE Championship at WrestleMania 35. The 2x WWE Hall of Famer revealed how he told Big E he would eventually have his time as champion just like Kofi was at that time.

“Over the last week, he and I actually discussed a few things,” Booker said. “One of the things we discussed was that night after Kofi Kingston won the title. I found Big E in a spot where it seemed like he was thinking about something, and I just pulled him aside and said, ‘Hey man, don’t worry about nothing, man. Your time will come. You’re going to have your run [with the title], trust me.’” I don’t know if he fully believed it. I said, ‘Trust me, you’re going to have your run.’

“Now, we’re here, and hopefully he’ll make the best of it. He didn’t remember it ’til I said something about it, and he goes, ‘I remember you came up to me and said you’re going to have your run.’”

Big E will make his first public appearance as WWE Champion on WWE The Bump Wednesday on Peacock. As far as what’s next for the new champ, WWE Survivor Series was trending on Twitter as a potential Big E vs. Roman Reigns matchup looms.