A hot topic on social media coming out of this week's WWE SmackDown is the new ring gear worn by SAnitY big man Killian Dain.

Dain responded to a Twitter exchange between a disappointed fan and WWE Producer "Road Dogg" Brian James, noting that the new look was his idea and his design.

Dain wrote, "Was entirely my idea, my design. Although I do like the visual of everyone tying me down to force a singlet on me."

Dain used to wear a singlet back when he started his wrestling career as Damian O'Connor, but switched to trunks and kept them until recently. Dain was still wearing the look from WWE NXT, which some fans say better fits SAnitY, when the group debuted on SmackDown by attacking The Usos on June 19. It looks like Dain started covering up a bit beginning with the July 3 SmackDown episode, where SAnitY attacked The New Day. He kept that look until debuting the blue singlet this week.

See Also
Sawyer Fulton On An NXT Stable That Nearly Came Together, Being Replaced In Sanity

JJ Wrestling Creations revealed on Twitter that they are the company who made the gear. You can see their tweet below along with comments from Dain, Road Dogg and a few fans, plus a graphic looking Dain's gear since being called up:

Sorry dude, I didn't see this tweet. You just hate me, I get it now. I can fix this issue for you. I will relieve you of your pain! #blocked

David, thats just your opinion dude. And btw, it was his idea and he might think your opinion is absurd and ridiculous. But, you keep doin you dude!

Was entirely my idea, my design. Although I do like the visual of everyone tying me down to force a singlet on me.

Thanks to @KillianDain one of our creations was on #SmackdownLive last Tuesday! pic.twitter.com/z1Q6HmLWBH 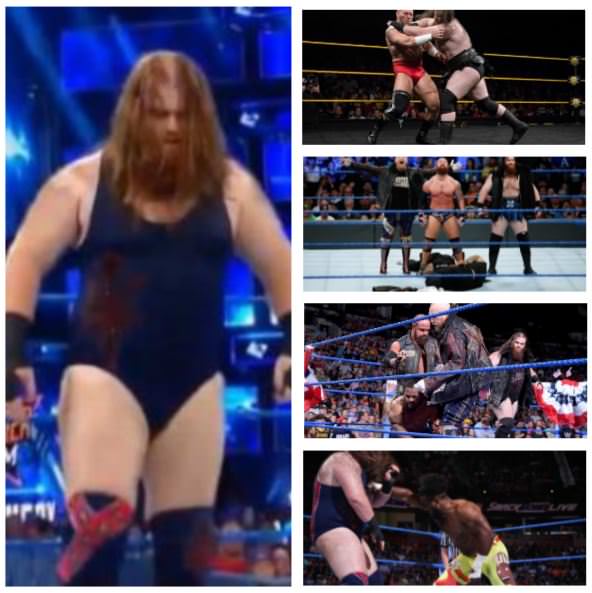