- Former NFL standout Greg Hardy put on a striking clinic in his second appearance on Dana White's "Contender Series" this past summer. While the result didn't get Hardy a contract with the UFC, he did sign a developmental deal to continue his MMA career.

In the video above, check out a complete replay that was posted this week on the UFC's YouTube channel of Hardy's fight from Week 8 of the series. Hardy won via knockout within the first minute.

- There is a new main event for UFC Fight Night 137, as Thiago Santos will take on Jimi Manuwa. The event takes place September 22 from Brazil, as Santos replaces an injured Glover Teixeira.

Santos stretched his record to 18-6 with a decision victory a few weeks ago vs. Kevin Holland. Manuwa is looking to snap a two-fight losing streak that has dropped his overall career record to 17-4.

Other bouts planned for the night include Antonio Rogerio Nogueira vs. Sam Alvey, Alex Oliveira vs. Neil Magny, Renan Barao vs. Andre Ewell and Livia Renata Souza vs. Alex Chambers.

- UFC fighter Bryce Mitchell suffered one of the more gruesome injuries you will read about outside of the Octagon. Mitchell was working when a drill he was carrying in his pants turned on and left him with a torn scrotum. A former competitor on The Ultimate Fighter, Mitchell earned a decision win in his official UFC debut.

"So I was gunna train today but I ripped my nutsack in half," Mitchell posted on social media. "I'm bout to get stitched up. I was holdn a board over my head with a drill n my pants. I was sizin up the board n the drill went off n tangled my nuts up n it. I dropped the board and reversed the drill and untangled my nutsack but they was ripped n half.

"I'm serious too. I obviously can't post a pic. But wen my nets r seald back up I'm come train again. I think a high kick would re rip them and if I hear any s--tty puns bout how this whole this is nutty or screwed up I ain't talked to u for bout a month."

While he thankfully didn't share a photo of the injury, he did post this photo of his blood-stained shorts: 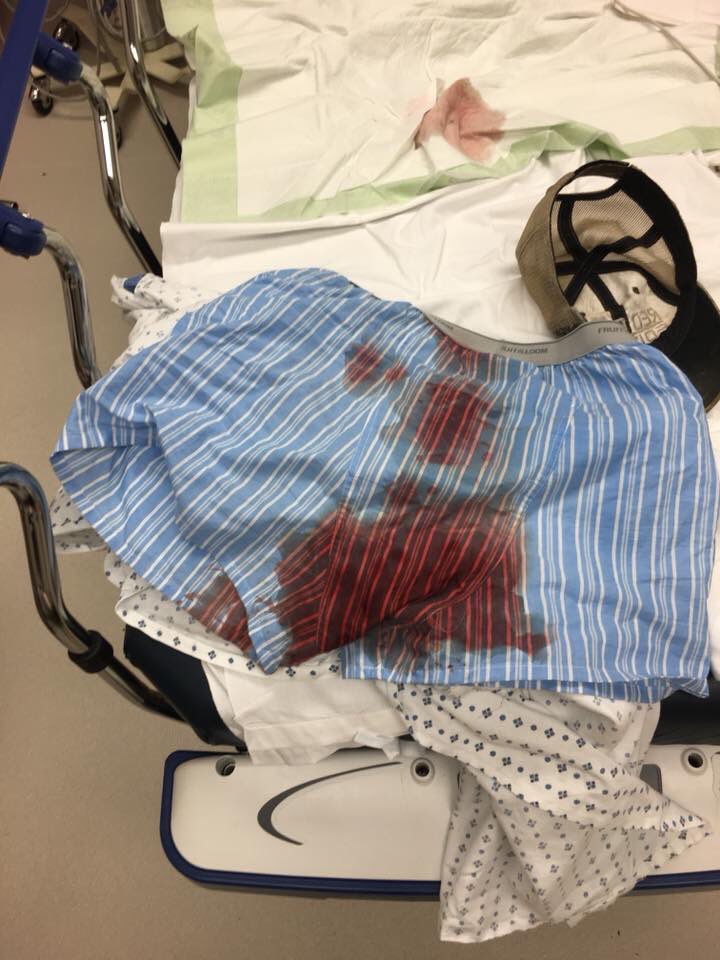